All said and done, ‘Anweshanam’ does move beyond the routine and warrants your attention to a great extent with its unpredictability.  That it allows itself to be ingested by its own sense of intrigue is where it starts losing its feet on the ground, and where it tumbles down as a verbose thriller that it should never have been. 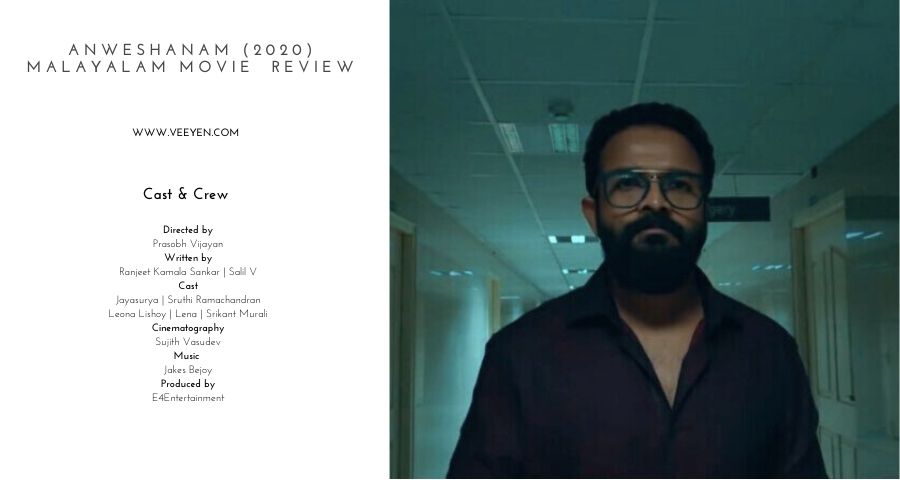 There are some films that start off so brilliantly that you almost vouchsafe that this one is gonna be a sureshot winner. And then it starts traversing some totally unanticipated ways all on a sudden, leaving you perplexed as to what on earth has gone wrong, and as to why it couldn’t simply be a wonderful film as it had initially shown ever intent to be.

Prasobh Vijayan’s ‘Anweshanam’ is one such film that seems to have it all going for it, but eventually shifts gears towards something else, leaving that uh-oh thought luriking around your throat.  This is a film that actually fritters away the wonderful opportunities that it had at hand, and satisfies itself with being a film that should have been much, much more.

The thriller mode, and an investigative one at that, is set at the beginning of ‘Anweshanam’ that talks of Aravind (Jayasurya) and his wife Kavitha (Sruthi Ramachandran) and the family that they hold dear to their hearts. The couple has two kids, and the elder one has apparently had an accident at home, but at the hospital, they start doubting that there is more to the mishap than what meets the eye. 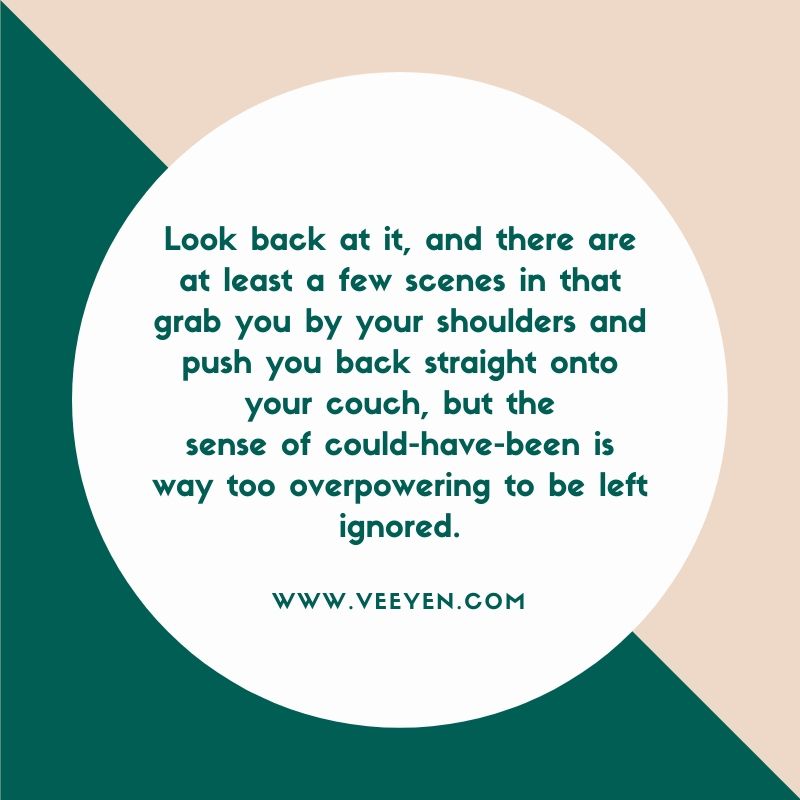 To be fair to it, ‘Anweshanam’ does keep you glued to the seats for the most of is running time, despite there being several instances in it where you sense the film slipping right through the maker’s fingers. Look back at it, and there are at least a few scenes in that grab you by your shoulders and push you back straight onto your couch, but the sense of could-have-been is way too overpowering to be left ignored.

For one, the change of focus from what seemed and sounded like a very pertinent theme towards something else, does rob the film of the gravity of the plot. It does not mean that everything else is insignificant, but somehow you start thinking of umpteen ways n which this film could have had a better climax, rather than the almost sermonizing one that it has.

This is also a film that has outstanding performances from all its lead actors, and Jayasurya is simply wow. Of the women, Leona Lishoy snatches away the cake and the entire bakehouse with her, and this is a whopper performance from her after that jaw dropping feat in ‘Ishq’. There are stunning acts from actors as Lena, Sruthi Ramachandra, Srikanth Murali and the like. 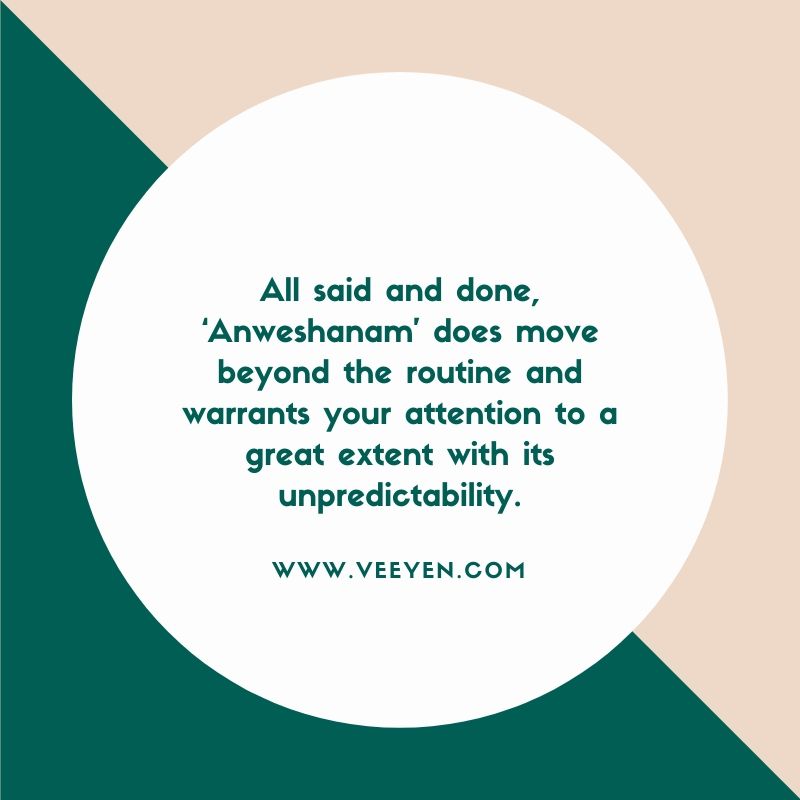 There is also another hero of the hour who deserves a special mention, who is none other than cinematographer Sujith Vasudev, who does a weird wizardry with his camera. If you are rendered severely claustrophobic in the closed confines of the hospital, you only have this gifted camera man to blame for.

All said and done, ‘Anweshanam’ does move beyond the routine and warrants your attention to a great extent with its unpredictability.  That it allows itself to be ingested by its own sense of intrigue is where it starts losing its feet on the ground, and where it tumbles down as a verbose thriller that it should never have been.