It goes without saying that it’s a miracle that the film makers believed that a theme as this could work wonders in 2019. And it’s even a greater marvel that they got several sensible heads to give a nod to this project that could have probably made a ripple a good fifteen or twenty years back. 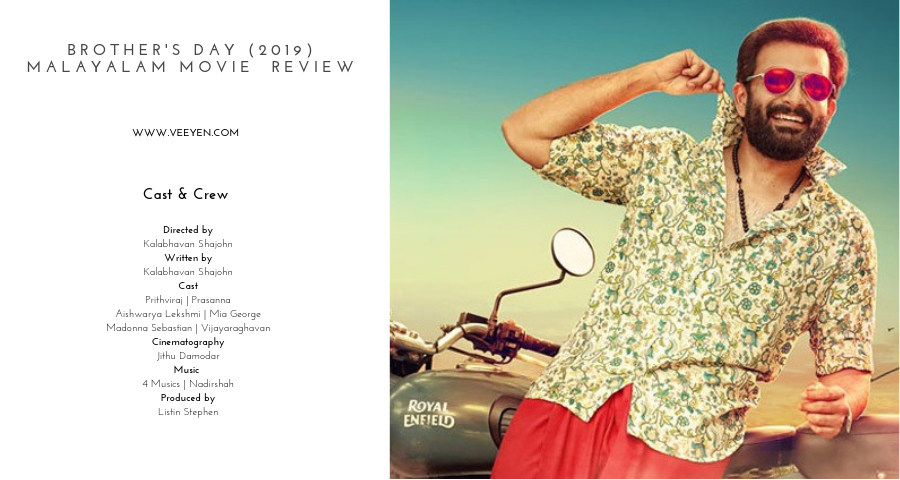 Half way into Kalabhavan Shajohn’s ‘Brother’s Day’ you keep thinking less of Shajohn’s debut as a director and more of how refreshing it is to see Prithivraj as Ronnie, a role where he sheds off the loads of sobriety that had accumulated over him with the films that he had done over the past several months.

Ronnie along with Joy (Kalabhavan Naseer) and Munna (Dharmajan) runs a catering service and is distraught that his sister Ruby (Prayaga Martin) has ended up in the hospital post a harrowing event that had left her traumatized. He runs into and befriends a millionaire Chandy (Vijayaraghavan) and his daughter Santa (Aishwarya Lekshmi) and when Santa comes across Ruby, they immediately recognize each other, much to Ronnie’s surprise.

‘Brother’s Day’ also has a couple of other plot threads running along, one of which involves Shiva (Prasanna), a scheming psychopath who has taken to blackmailing affluent and rich men, and another one that involves Thaneesha (Mia George) who is shattered by her dad’s sudden suicide and looking around for possible answers to the many questions that she has in mind. 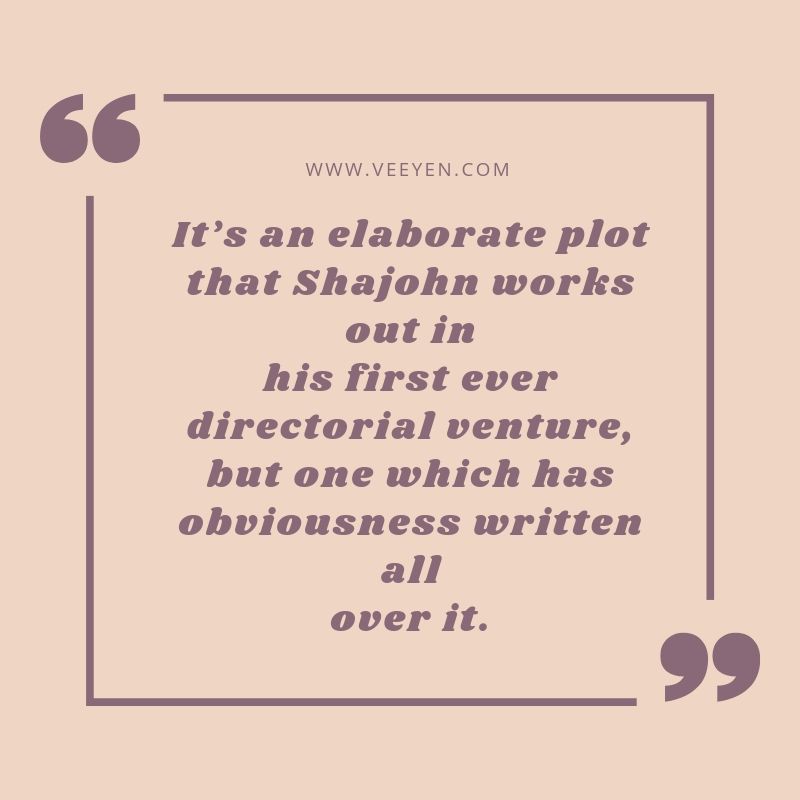 It’s an elaborate plot that Shajohn works out in his first ever directorial venture, but one which has obviousness written all over it. It isn’t the first time that we get to see a psychopath as Shiva in action, and it certainly from the looks of it seems, that it will not be the last time either.

Logic goes for a ride in ‘Brother’s Day’ and there are any number of instances that bear testimony to it. This lack of rationale extends from the characterization to events, and is most blatantly expressed in Thaneesha, who miraculously transforms into a femme fatale from a coy girl overnight, and that too under threat!

Take for instance the climactic action sequence that has Santa being chased through a jungle by Thaneesha and Co., and finally running right into Shiva’s arms. The next scene has her mouth taped and her limbs tied up making you wonder if this good looking ruffian carries a roll of duct tape with him all the while, or if it is merely on missions as these, that he tugs a bundle of rope along. 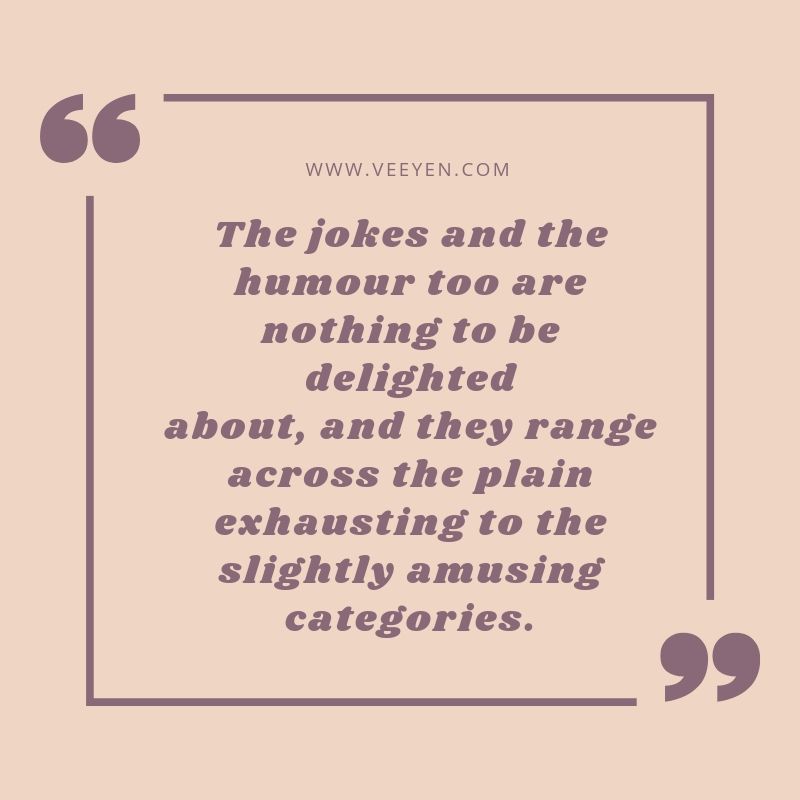 The jokes and the humour too are nothing to be delighted about, and they range across the plain exhausting to the slightly amusing categories. The action scenes are choreographed leaving no stones unturned, and Ronnie has a go at all of them without any mercy, breaking and crushing bones like there is no tomorrow.

It takes a while to get all the sub plots connected in a loop, and from there on, its a Shiva show all the way. And it’s a dapper looking Prasanna and his ice cold gaze that ‘Brother’s Day’ ultimately leaves you with, and everything and everyone else including a super-earnest Prithviraj is pushed to the shade. Aishwarya Lekshmi does the best out of what she has been offered, Mia looks off key, Prayaga looks off track and Madonna looks almost off scene.

It goes without saying that it’s a miracle that the film makers believed that a theme as this could work wonders in 2019. And it’s even a greater marvel that they got several sensible heads to give a nod to this project that could have probably made a ripple a good fifteen or twenty years back.