‘Chanakya Thanthram’ lacks the writing to be a fantastic, edge-of-the-seat thriller. It simply goes about its job, and feels like many of its unproductive predecessors, but with a variant, pertinent note thrown into a messed up plot.

There is a high sounding term as ‘Criminology’ that Kannan Thamarakkulam’s ‘Chanakya Thanthram’ proudly flings on your face, that makes you sit up, buck up your boots and cock your head up in anticipation as his film gets off past the opening credits. All that done, you wait for the film maker to tell you a story that is at least half appealing as the term, but in vain.

Unni Mukundan plays Arjun, who has managed to grab a degree (a post-graduate one, if I’m not wrong) in Criminology, and who joins a private detective agency all eager to start off a few investigations on his own. Arjun, gets down to business in no time, and is quick to earn the approval and admiration of everyone around. It isn’t long however before the young man discovers that not everything seems okay around.

Arjun seems to be working himself out in all earnestness, and it’s no wonder that his superior Irene (Sshivada) finds herself going all weak in the knees and fluttery eyed when he is around. The man continues to spread his lethal charm around, and looks all set to evolve into a local Bond, sans the requisite smitten lasses and cars.

The script though, seems in no mood to lend a hand to his aspirations and is far from Bond material. When Iqbal (Anoop Menon) makes his appearance on screen, the air of mystery shows slight signs of intensifying. However what follows has none of the heart pounding stuff that would make a decent thriller. 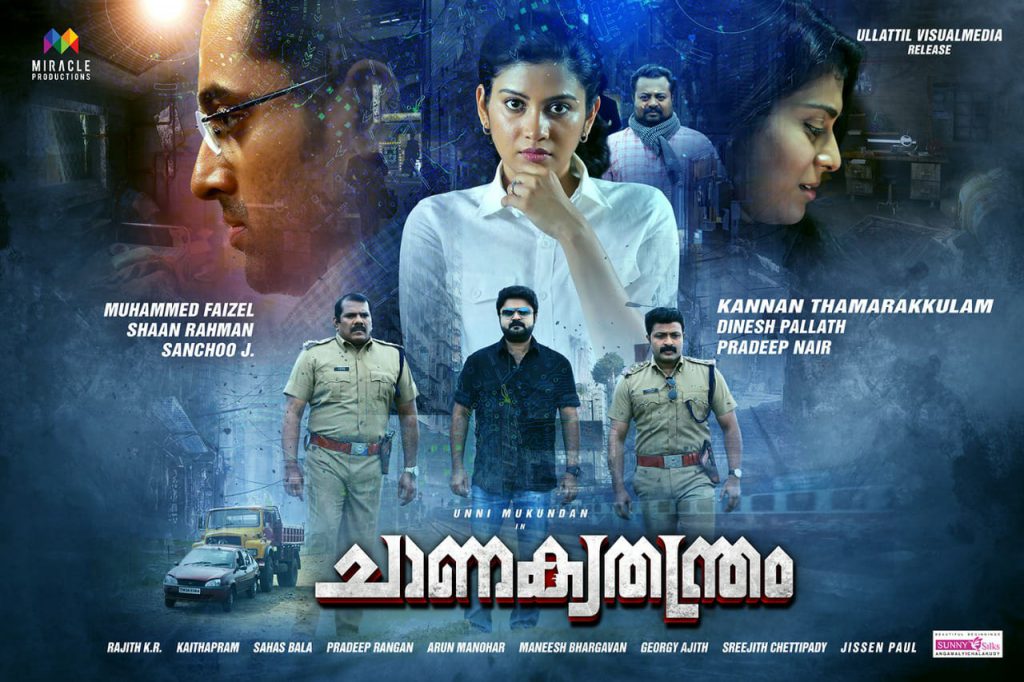 The techniques that are devised in the film have none of the shrewdness that one would attribute to Chanakya. Arjun is a master at makeovers though; he keeps shifting appearances– a sage, Sikh and a sexy siren, to mention a few – at least one which makes you shift around in your seats.

There are also some fruitless attempts to generate laughter, with characters played by Ramesh Pisharody and Hareesh Perumanna. Even while some of their efforts hit the mark, they hardly hold any significance in the long run. These are all part of a struggle to cover up the inherent flaws in the script, from which there is no escape either.

The crime that the film speaks of is no ordinary kind, and having realized this, it banks so heavily on the message that lies in its bottle, to make things work. Despite all this talk, ‘Chanakya Thanthram’ does not rise above its status of a cheesy thriller, and lacks the perspective or insight to be anything beyond it. 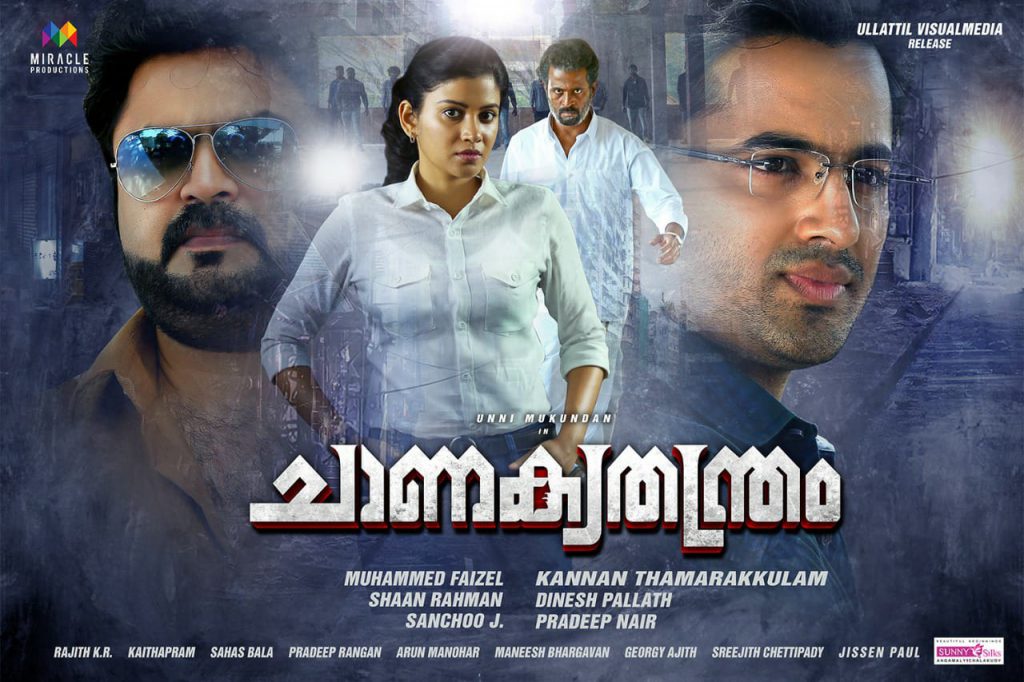 Unni Mukundan does look his best, and plays up to the tag attributed to him – that of ‘Action King’ – with utmost earnestness. Sshivada, Sruthi Ramachandran, Anoop Menon, Ramesh Pisharody and Hareesh Perumanna appear in key supporting roles. Cinematography by Pradeep Nair is adequate, while Shaan Rahman makes do with a peppy musical score.

‘Chanakya Thanthram’ lacks the writing to be a fantastic, edge-of-the-seat thriller. It simply goes about its job, and feels like many of its unproductive predecessors, but with a variant, pertinent note thrown into a messed up plot.