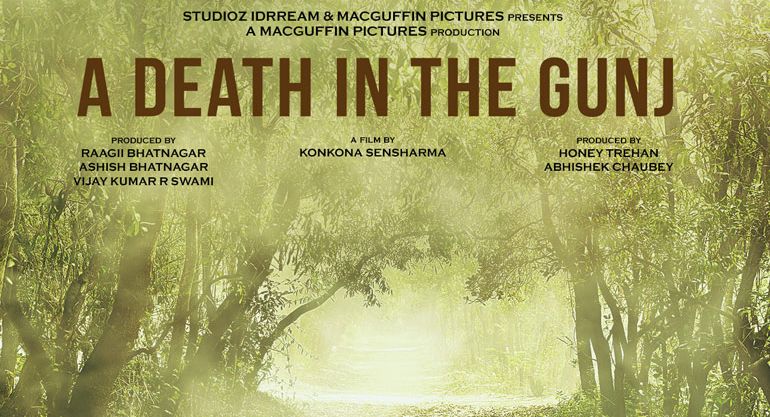 Much has perhaps been already said about Konkona Sen Sharma’s directorial debut ‘A Death in the Gunj’, and this review comes in pretty much late. The year is 1978, and the journey is from  Calcutta to McCluskieganj. Winter has just about set in.

The cold air that whizzes in through the windows leaves a chill around at McCluskieganj, as does the stealthy silence that Shutu (Vikrant Massey) carries around. As the house gently warms up to plenty of mirth and laughter, Shutu roams about almost invisible to the place’s occupants.

Sharma brings in a unique sensitivity that makes her debut noteworthy, and ‘A Death in the Gunj’ presents a classic study of a loner, who finds himself all alone amidst huge crowds. He is used and abused, ridiculed and derided, even as he desperately strives to make his presence, or rather absence felt.

There is perhaps no surprise in the final tragedy that ensues, and death lurks around everywhere, all around. The winter rages on, with a shot fired and blood splattered around, and a vacation draws to a close. A promising film maker is born.