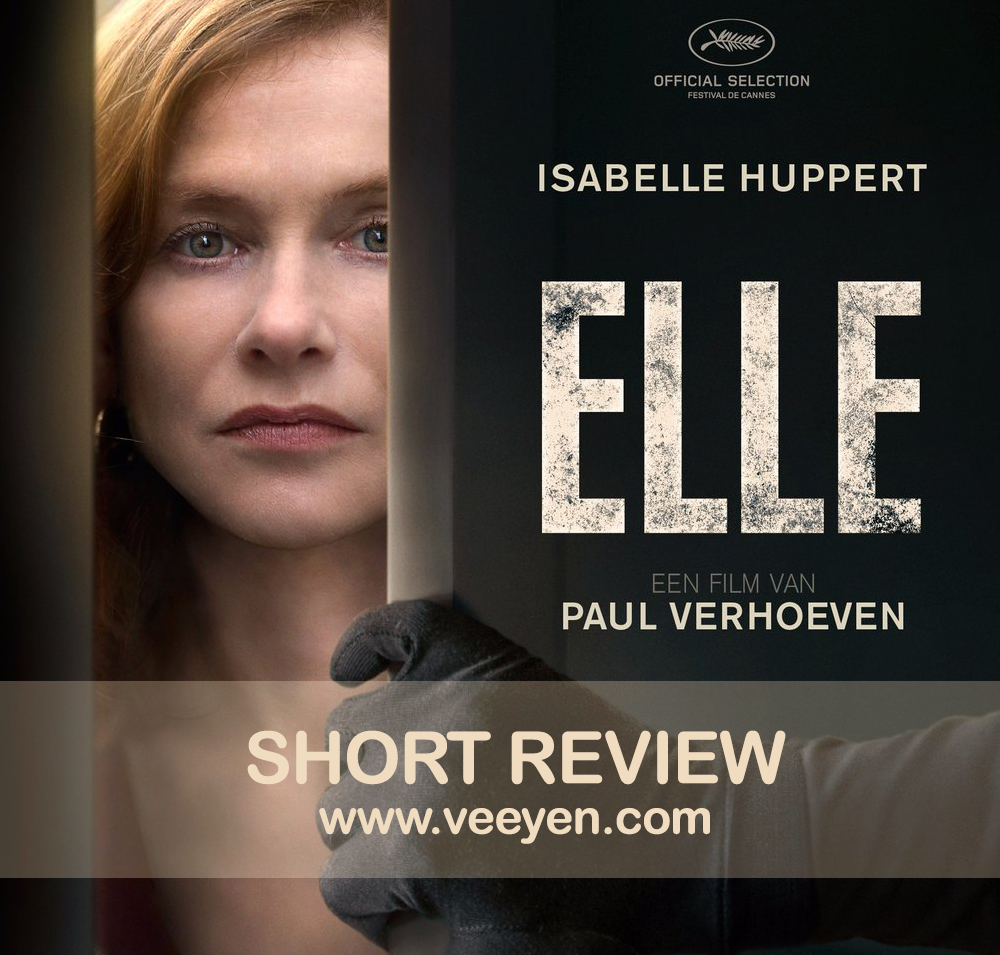 The urban landscape that Paul Verhoeven sets his film ‘Elle’ on is one that is creepy to the core, and his protagonist Michèle Leblanc (Isabelle Huppert) is no less perplexing an individual either. Having been through a house break-in and a violent rape, Isabelle lies in a tub, gently brushing away the froth that turns red.

What makes ‘Elle’ extremely invigorating is what follows, and the convoluted relationship that Michèle strikes up with her assailant. Just as you tell yourself that you have finally figured her out, she slithers right through your fingers, turns the tables around, and gets all set for a new round.

This is undoubtedly Isabelle Huppert at her best, and this time, she has an utterly ingenious film maker with her, who is willing to step into the unknown. Ultimately I wouldn’t brand ‘Elle’ a ‘rape movie’, since it moves much beyond the grotesque act and throws open a murky world before us, where new territories are barged into and dark realms explored.