Arun directs his experienced and gifted cast quite sensitively, and rewards us with one of the most emotionally charged films of the year. This is also the reason why ‘Finals’ turns out to be my personal pick from the festival releases this year – a film that skillfully blends a heartbreaking tale with impeccable performances and some genuine, ingenious directorial vision. 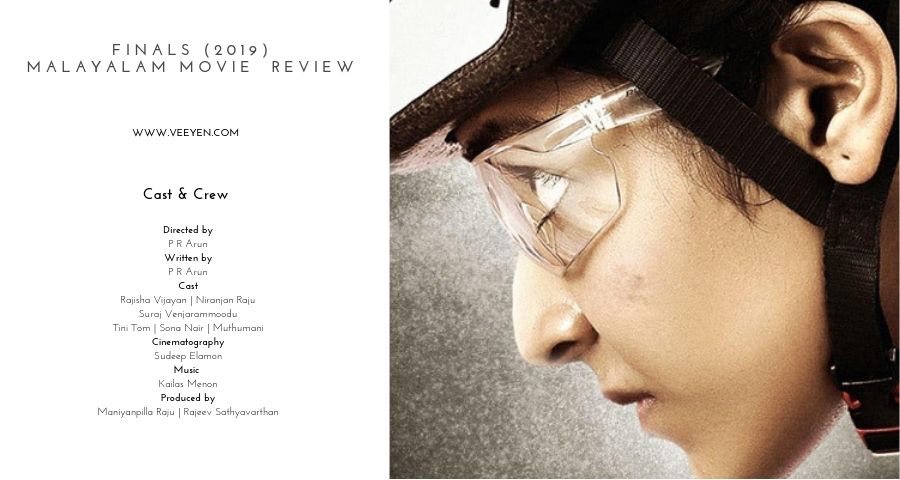 At the National Athletics Championship at Bangalore, as the men get ready for the final sprint and wait for the shot of the starter pistol, a young girl in a school uniform gently swerves her bicycle across the tracks in front of them and with a smile, dares them to beat her to the finishing point. It also happens to be my most favorite scene in ‘Finals’, a notable film that is layered with enough and moments that will seize and shatter your heart.

How much can you take it as a human and how long would it be, before that final bough of determination snaps and you succumb before the heaps of calamities that have overwhelmed your life? ‘Finals’ makes for essential viewing in that it lights up brilliantly, people and lives that are time and again devastated beyond restoration and yet who hang on to that one final flicker of hopefulness that streams in from amidst the dark clouds that have gathered above. 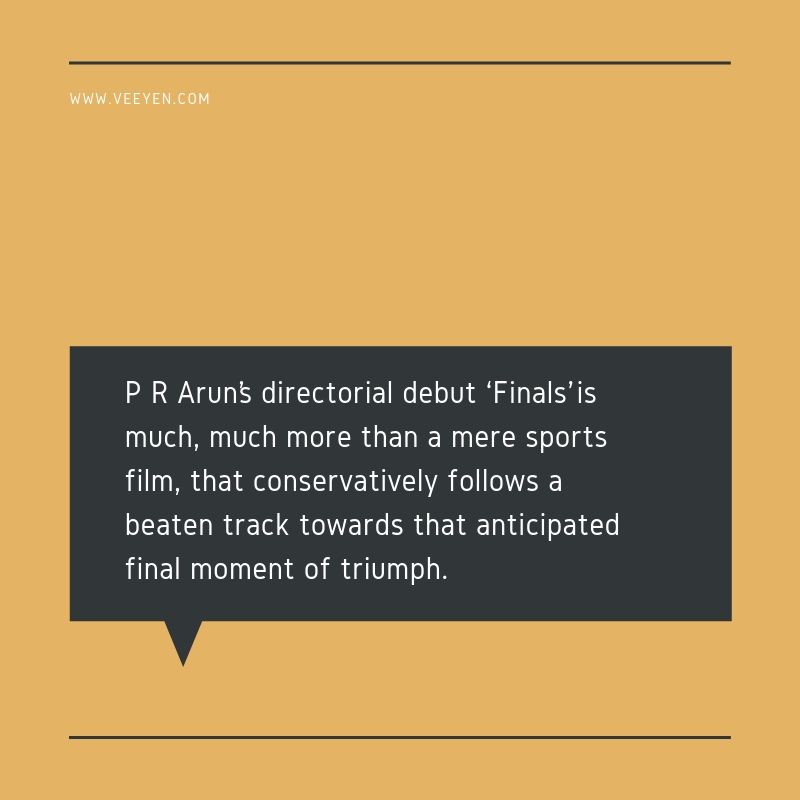 P R Arun’s directorial debut ‘Finals’ is much, much more than a mere sports film, that conservatively follows a beaten track towards that anticipated final moment of triumph. Rather, it sports a remarkably detailed script that could very well boast of fine character development and which unleashes a poignant account of how grisly life could sometimes be, and of how cathartic it leaves the souls mortified by it.

Alice (Rajisha Vijayan) is all set to participate in the 2020 Tokyo Olympics, and the cycling champion who hails from the tiny town of Kattappana in Kerala, is kept off prying media eyes by her seemingly domineering dad Varghese (Suraj Venajarammoodu). Varghese doesn’t take too kindly to her affection towards Manuel (Niranjan Raju) either, and assures her that he would let her have all that she had dreamed for, once she’s back home with a medal from the world sports event.

As it approaches the half way point ‘Finals’ makes a sudden detour and moves away from where it seems to have been headed all the way. It alters its mission statement and thereon, it’s an assertion as to how resilient the human spirit could be, and of how we vigorously try to scrub away the scars and blemishes that are left behind, and start anew once again.

The climax of ‘Finals’ is an accomplishment in that it so resourcefully connects with the viewer, and by juxtaposing the scenes with a few others from across a different time frame, the director brings about an incredible outcome that leaves a lump down your throat. It is also this brilliant strategy that works wonders on and lends a sparkle to an otherwise anticipated finale that could very well have earned an applause on its own, but sans the goose bumps  that it presently leaves you with. 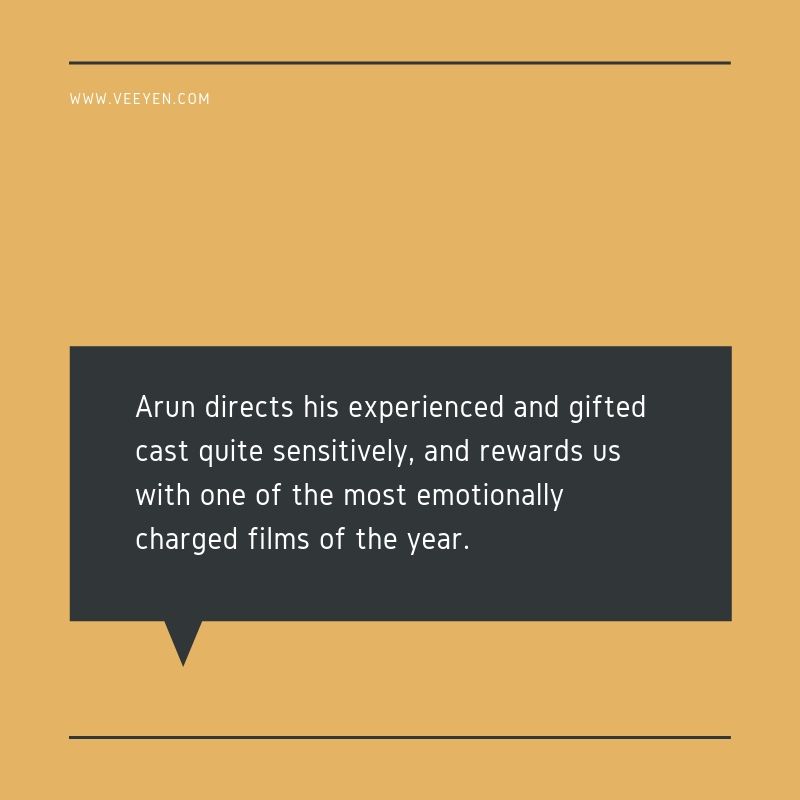 There are astounding performances from all the three lead actors – Rajisha, Suraj and Niranjan – and there are competent actors as Tini Tom, Sona Nair, Maniyanpillai Raju and Muthumani lending support. Sudeep Elamon’s camera works wonders and the musical score by Kailas Menon outstandingly impressive.

Arun directs his experienced and gifted cast quite sensitively, and rewards us with one of the most emotionally charged films of the year. This is also the reason why ‘Finals’ turns out to be my personal pick from the festival releases this year – a film that skillfully blends a heartbreaking tale with impeccable performances and some genuine, ingenious directorial vision.