‘Ittymani: Made in China’ lives up to its title in that it strikes you as a disastrous duplicate, and a trite one at that. Preposterous and preachy to the core, this is a film that does no justice to the talented thespians that it has on board. 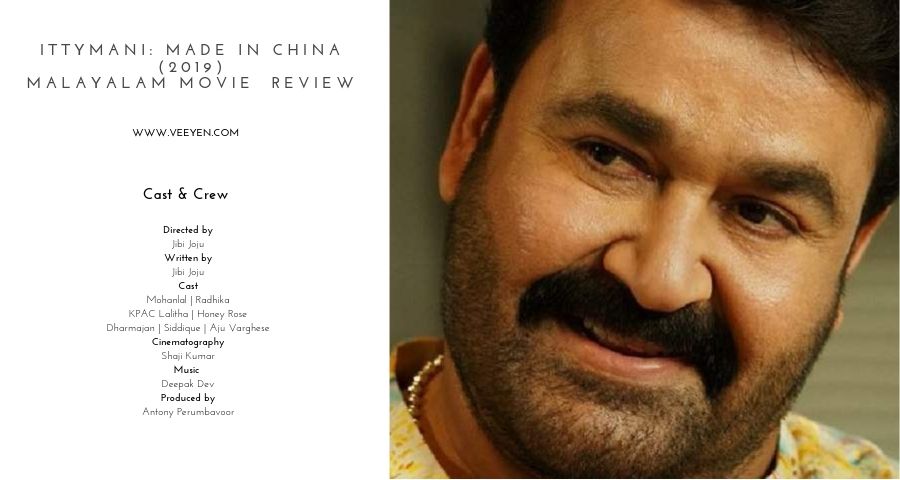 Jibi Joju’s ‘Ittymani: Made in China’ is an explicit reminder and an overt extension of a theme that has had its day long back. The eternal significance of the premise notwithstanding, it rises hardly above the rank of a dramatic piece that simply makes do with plenty of philosophizing interspersed with occasional gags.

It’s been a while since Sathyan Anthikkad came up with a ‘Manassinakkare’ and you shouldn’t be surprised if ‘Ittymani: Made in China’ reminds you of the film, or of several other films that talked of self-centred children having gone their own ways, with aged parents being left behind and all alone to fend for themselves. 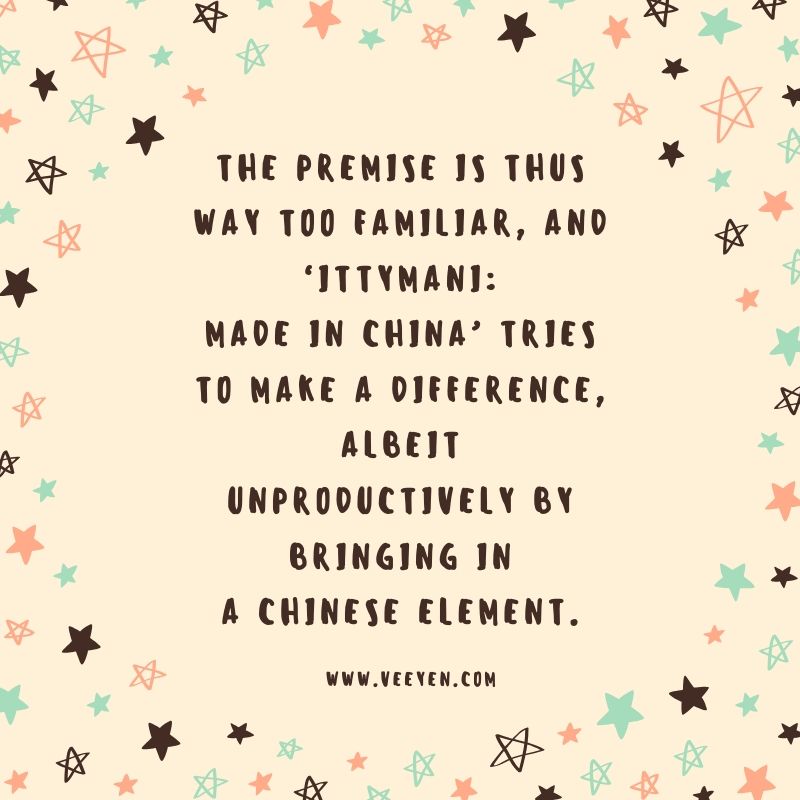 The premise is thus way too familiar, and ‘Ittymani: Made in China’ tries to make a difference, albeit unproductively by bringing in a Chinese element. Apparently Ittymani (Mohanlal) was born in China, and keeps haranguing to his mother Theeyamma (KPAC Lalitha) occasionally in Chinese, much to the amusement of the onlookers.

When Theeyamma’s best friend Annamma (Radhika) is literally abandoned by her children (Sujoy Varghese, Vinu Mohan and Swasika), Ittymani and Theeyamma devise a plan to lure them back. In a checkmate move, they get Annamma wedded again, much to the dismay of her children who had had their eyes fixed on the woman’s wealth all awhile.

Ittymani himself is a man who hasn’t yet found the love of his life, despite having considered many a matrimonial alliance. He does strike gold finally, when Jessy Pothen (Honey Rose) gives him the nod, over a Skype call from overseas. That’s pretty much the beginning and the end of the romance here, and Jessy Pothen only makes a reappearance almost an hour later.

At times, it gets insanely outlandish as well, like in the case of Joji Pothen (Hareesh Kanaran), who has a penchant for the jackfruit. When the camera zooms in on the man’s butt when he walks way, it becomes quite obvious that ‘Ittymani: Made in China’ has no superlative objectives in mind,  except perhaps dole out a few ridiculous jokes as the one cited above. 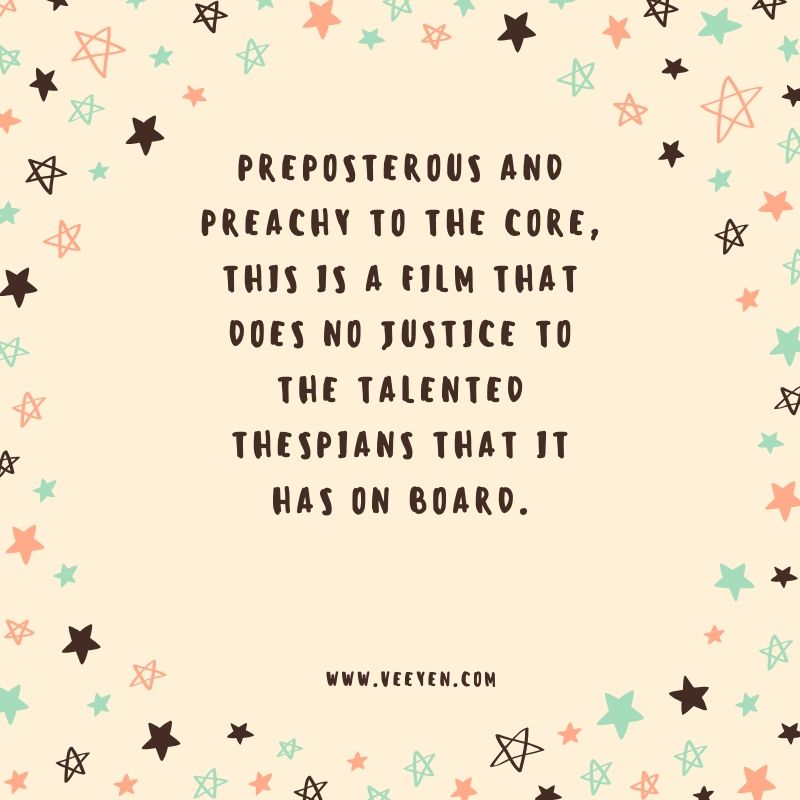 And there are also the extensive sermon sessions that go on and on, even as Ittymani tries every trick up his sleeve to get Annamma’s children back on track. While there is no surprise in the twists that lie in store, the final revelation that includes the inmates of an old age home serve a dual purpose – one, of establishing the innate goodness that Ittymani had forever nursed within, and two, of driving in the final nail on a coffin that had started its final packup way back.

Mohanlal does carry oodles of energy around, and leaves us with a refreshing performance, though the blandness of the script limits him considerably. Radhika and KPAC Lalitha don the roles of the female leads remarkably well, and there are credible supporting performances from a range of actors as Honey Rose, Dharmajan, Aju Varghese, Salim Kumar, Hareesh Kanaran and Siddique, just to mention a few.

‘Ittymani: Made in China’ lives up to its title in that it strikes you as a disastrous duplicate, and a trite one at that. Preposterous and preachy to the core, this is a film that does no justice to the talented thespians that it has on board.

One Reply to “Ittymani: Made in China (2019) Malayalam Movie Review – Veeyen”