‘Jack & Daniel’ easily slides into set action and comedy pieces and merely wastes away two talented actors. Almost everything in its predictable, even if you forego the action in it that is unexciting and the comedy in it that is mostly unfunny. 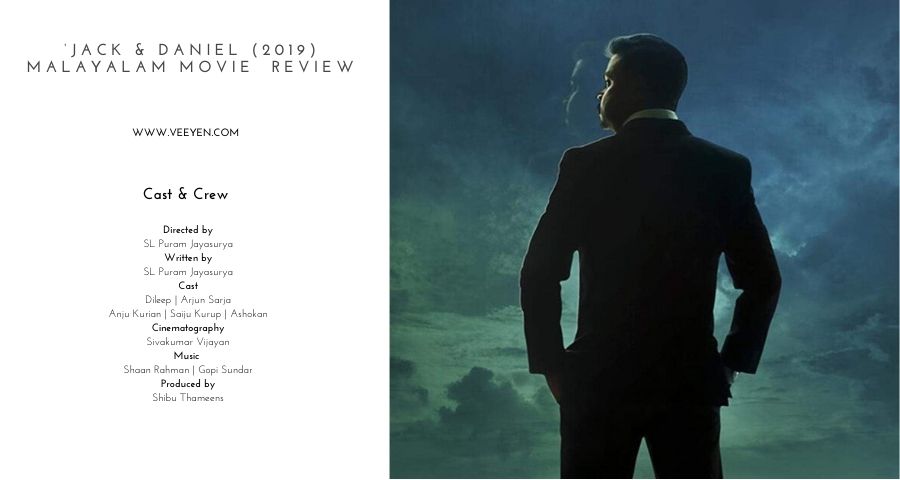 Dileep plays Jack in SL Puram Jayasurya’s ‘Jack & Daniel’, a film that appears as a rip off from a hundred other similar films that talked of the good Samaritan thief. SL Puram Jayasurya’s Robinhood has been named Jack for a change, and in the initial fifteen minutes of the film we get to see him robbing a bank, for starters.

Very soon, Daniel (Arjun Sarja) arrives, and is introduced as an encounter specialist from the CBI, who has been sent on deputation to work with the Kerala Police to capture the dreaded Jack. He is assisted by two officers from the Kerala Police (Saiju Kurup and Ashokan), who within no time establish that the force is indeed in dire need of help.

Soon a cat and mouse game ensues, but not before Jack flies to Goa and runs into Susmitha (Anju Kurian) enroute. The photographer girl who hasn’t heard of Peter Hein is the kind that has too much of an innocent air all around, and the two pay a visit to the Museum where a diamond necklace that is worth quite a few crores is on display. You take a mental note to meet the necklace again in the climax. 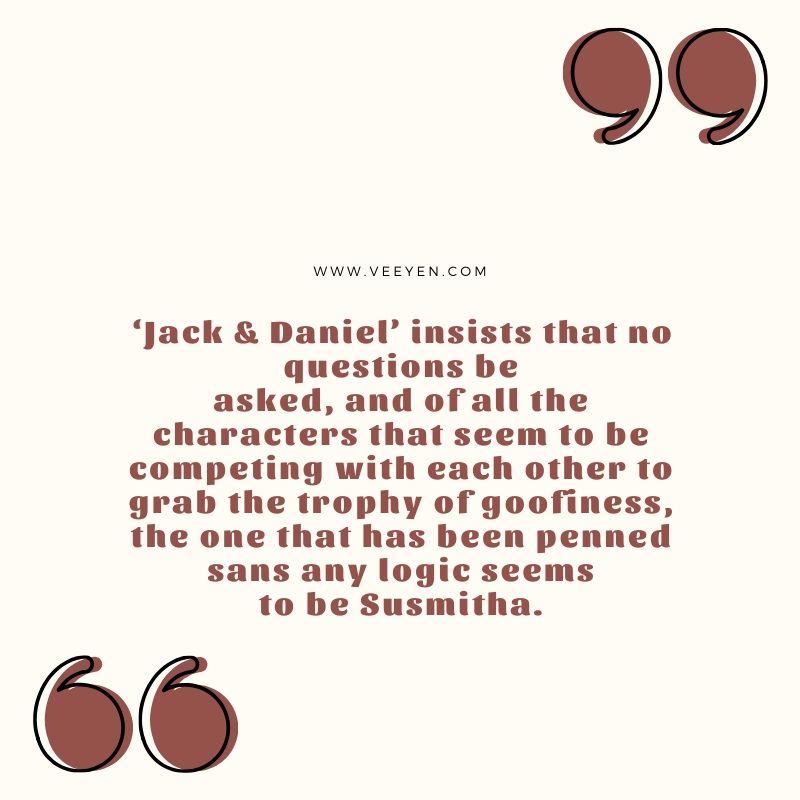 Meanwhile, the script invites you to focus on how corrupt the entire political system in the state has turned out to be. Jack easily makes away with a few crores that he snatches from a corrupt minister (Innocent) with Daniel and crew in hot pursuit. This time the man is on a bike and sends the cops on a futile chase that leaves Daniel all the more determined.

Post interval you also get to see Jack in a woman avatar, just when you had started wondering if they had given it the miss this time. Clad in a purdah, Jack arrives and with the characteristically husky voice that we had heard in Mayamohini seduces all the drooling men around in a jiffy, before heading off with a few gold biscuits stashed under his kitty.

‘Jack & Daniel’ insists that no questions be asked, and of all the characters that seem to be competing with each other to grab the trophy of goofiness, the one that has been penned sans any logic seems to be Susmitha. No points if you have guessed what she’s all about, and the script cuffs her up in a second, throwing the last bit of rationale out of the window.

There is also a back story that involves nationalism, and which throws light on how thankless we have become to the brave men and women who have lost their lives while serving the country. The idea is fabulous, but interspersed among the rest of the melee that ‘Jack & Daniel’ is all about, it hardly leaves an impact. 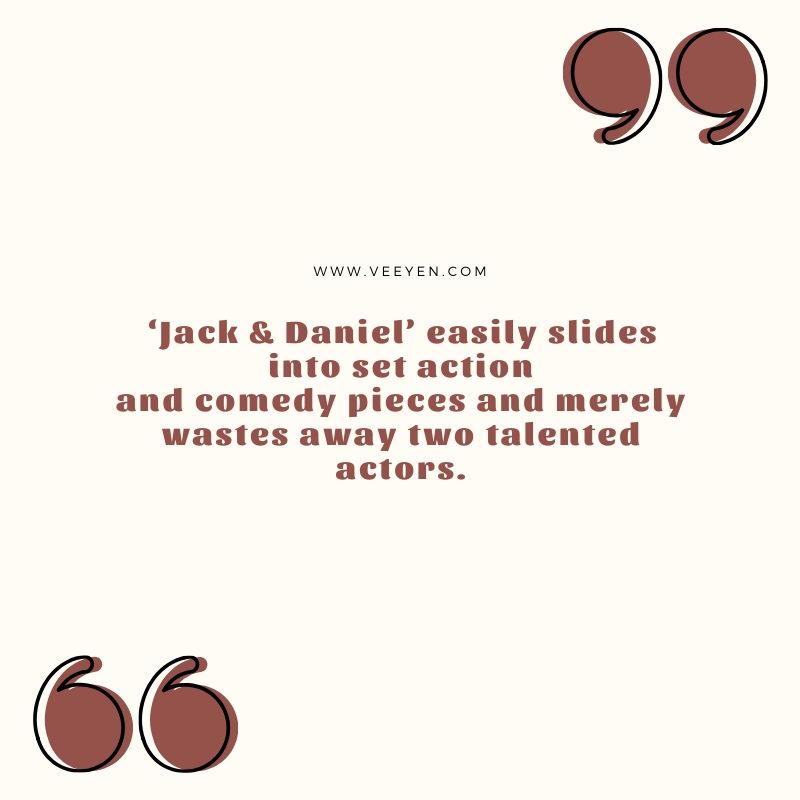 How does one blame the actors in ‘Jack & Daniel’ for the mess they have landed themselves in? Dileep looks spruce as Jack and Arjun is certainly not one to be left behind, but despite the chemistry between the two leads, this one ends up a totally middling ride. There is the pretty Anju Kurian too, who plays the lass in love to perfection, but the rest of what makes up her character strikes you as  unbelievably juvenile.

‘Jack & Daniel’ easily slides into set action and comedy pieces and merely wastes away two talented actors. Almost everything in its predictable, even if you forego the action in it that is unexciting and the comedy in it that is mostly unfunny.