Despite the very obvious passion that it holds for the genre, M Padmakumar’s ‘Mamangam’ is miles away from the estimable cinematic piece that it could have been.  With a tightened format and a focused script, this is a film that could have been as magnificent a fest as ‘Mamangam’ must have been, but which goes up in flames despite an exorbitant budget and a stellar cast. 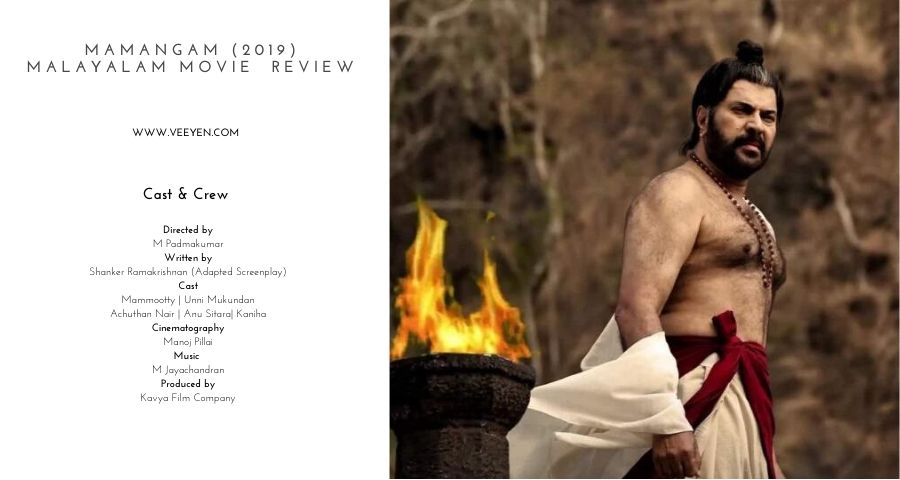 M Padmakumar’s ‘Mamangam’ starts off on a gala note with none other than its protagonist Chandroth Valiya Panicker (Mammootty) making a shoot-up appearance in the midst of a vibrantly lit up Mamangam festival. Not much later after realizing all his allies have been slain by the henchmen of the Zamorin, he indulges in a bit of Poozhikkadakan, the renowned eighteenth Kalari feat, before springing into the air onto the forehead of a tusker and further away into the night.

Thereafter he disappears for what seems like as long while, and ‘Mamangam’ struggles to find its feet on the ground. Years have passed by, and the Mamankam festival continues to lure the warriors of Valluvanadu to the battle ground, and when Chandroth Panicker (Unni Mukundan) insists that the deity had appeared in his dreams to exhort him to retain the family honour, the one around are distraught.

When the young Chandroth Chanthunni (Achuthan Nair) maintains that he would like to join his uncle, the stage is set for more bloodshed. Meanwhile, the murder of Zamar Koya (Tarun Arora) at a local brothel has the Zamorin’s chief sleuth Thalachennor (Siddique) sniffing around, while the women who run the place, Unnimaya (Prachi Tehlan) and Unnineeli (Iniya) insist that they know nothing of it. 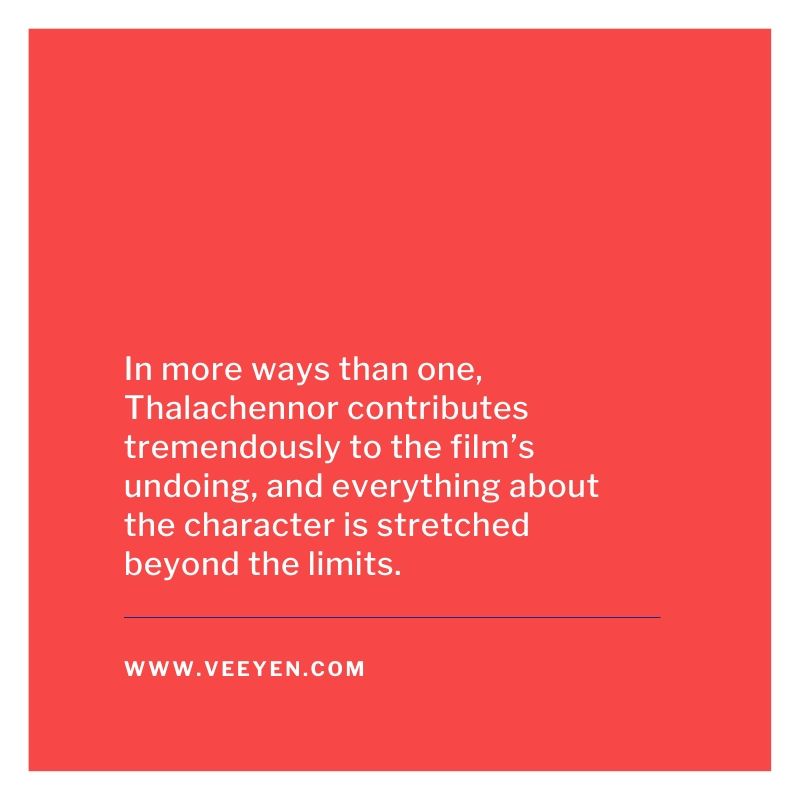 In more ways than one, Thalachennor contributes tremendously to the film’s undoing, and everything about the character is stretched beyond the limits. For one, it takes a whole lot of time for his investigations to bear fruit, and often they digress into futile territories before turning out to be fake versions of the narrators.

In a different context, this narrative mode could have worked wonders, of alternatives of the actual tale – real and unreal ones thrown together – being visually explored. But in ‘Mamangam’ these serve more as a time killer than anything else, and beyond a point Thalachennor’s investigations test your patience.

There is a brief respite when Valiya Panicker appears in drag and while this does come across as an immense appreciable challenge that Mammootty has taken up at this phase of his career, the song that immediately follows robs you of the exhilaration that the role could otherwise have had left all over. And yet, with Thalachennor, Unnineeli and Unnimaya  out of the picture, and with Valiya Panicker, Panicker and Chanthunni striding back in, the screen lights up yet again.

Post interval, ‘Mamangam’ almost seems like it has finally got over  its shakiness, and steadily moves ahead to a finale, where Panicker and Chanthunni valiantly have a go at the Zamorin. These are the best scenes in ‘Mamangam’ and it ends perfectly as well, only to be followed by an epilogue that is theoretically justified, but which has none of the finesse that its immediate prior scenes had. 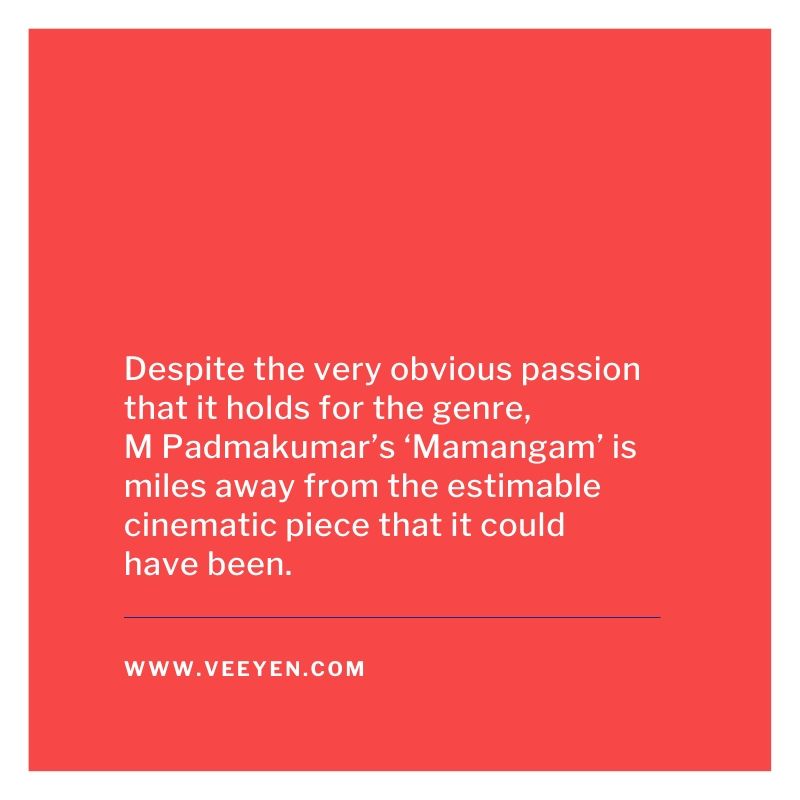 What is amazing about ‘Mamangam’ is the volatile performance that Achuthan comes up with, and this young boy who so effortlessly transforms himself into Chanthunni, very easily sidelines all the other actors around him. With an agility and vivacity that never goes overboard, he is the true hero of this ‘Mamangam’ that has compelling feats from the rest of the cast including Mammooty, Unni Mukundan, Anu Sitara, Kaniha, Parchi Tehlan, Iniya, Siddique, Sudev Nair and Suresh Krishna. The film has been impressively captured on camera by Manoj Pillai, has an appealing musical score by M Jayachandran and a wobbly background score by Ankit and Sanchit Balhara.

Despite the very obvious passion that it holds for the genre, M Padmakumar’s ‘Mamangam’ is miles away from the estimable cinematic piece that it could have been.  With a tightened format and a focused script, this is a film that could have been as magnificent a fest as ‘Mamangam’ must have been, but which goes up in flames despite an exorbitant budget and a stellar cast.