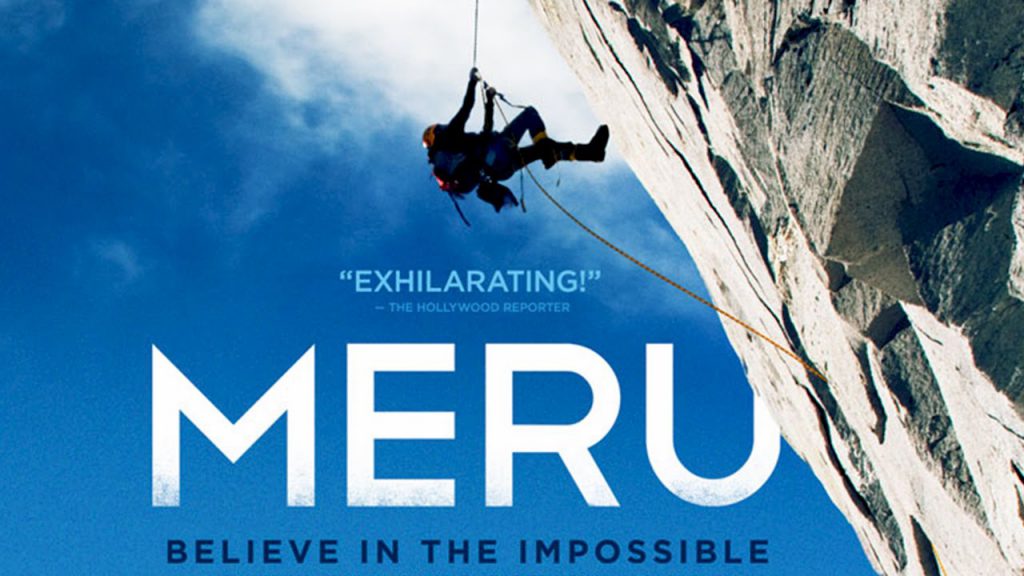 Its impossible to comprehend why people sometimes do what they do. Jimmy Chin and Elizabeth Chai Vasarhelyi in their spine chilling documentary follow celebrated alpinists Conrad Anker, Renan Ozturk and Jimmy himself, as they set out on a journey to conquer the elusive Shark’s Fin on Mount Meru.

The year was 2008, and the trio return home dejected, after they are forced to call off their adventure, barely a hundred meters away from the summit. But the call of the mountains is one that cannot be ignored for long, and they soon return three years later in 2011, to have a second go at Meru.

‘Meru’ is not a mere chronicling of a death defying adventure sport; its a much more grave exploration into the psyche of these three men, who risk pretty much everything in their lives to do something that is the only thing that they probably want to do.

There are the questions as to what propels these men forward; what is it that makes them hang on to their dear lives with a solemn smile on their lips from atop a cold ice mountain up the Himalayas?  ‘Meru’ is more of an introspective journey than anything else, and as such it remains one of best documentaries that I have seen in recent times.