Here is another gem that I unearthed quite late, and Ashwiny Iyer Tiwari’s directorial debut is a charmer whichever way you look at it. This eventful journey of a mother and daughter through an excruciating maze land of tenth standard mathematics scores hands down. 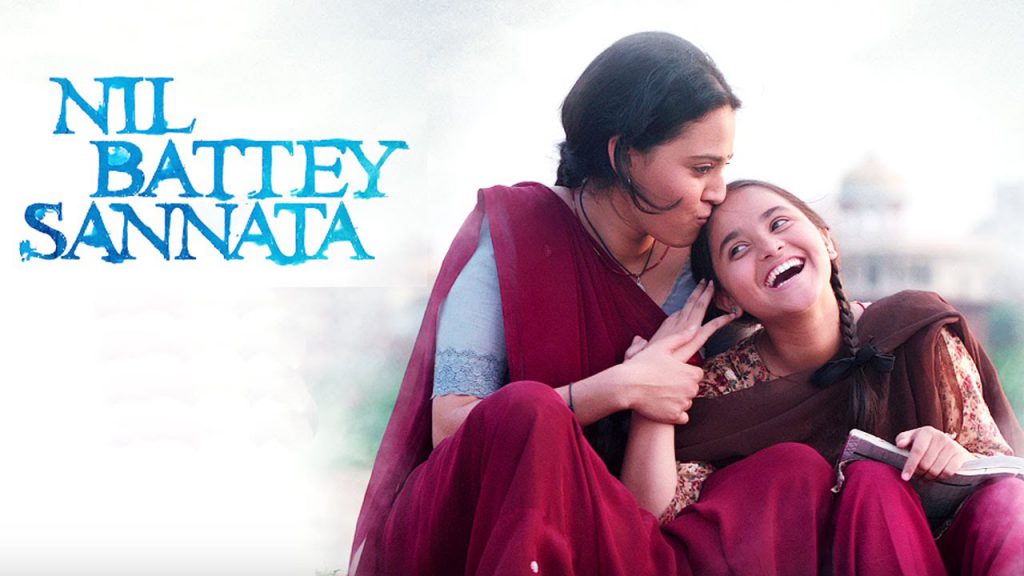 ‘Nil Battey Sannata’, despite its pessimistic title is a film that is loaded with bouts of positivism. Quite evidently inspired by the dream principle, it exhorts you to keep your dreams alive, irrespective of how impractical they might appear at the moment.

Swara Bhaskar is a revelation as Chanda, while Ria Shukla is terrific as her teenage daughter. Ratna Pathak makes you realize what you have been missing out on, for quite a while; Pankaj Tripathi as the weirdo principal puts up one of the best subtle comic acts that I have seen in a while.

‘Nil Battey Sannata’ does not dwindle into an over the board inspirational film, and has its feet firmly planted on the ground. The rosy ending is also perhaps one that does not merit a frown, since such stirring stories of success do get written down, at least once in a while.