Pretty much similar to the unproductive climactic sequence that involves man and a shark and the ultimate finale that follows, ‘Pranaya Meenukalude Kadal’ tells a story that hardly transcends. With waves and waves of clichés lapping against its shores, this is a sea that appears as bland as it is blue. 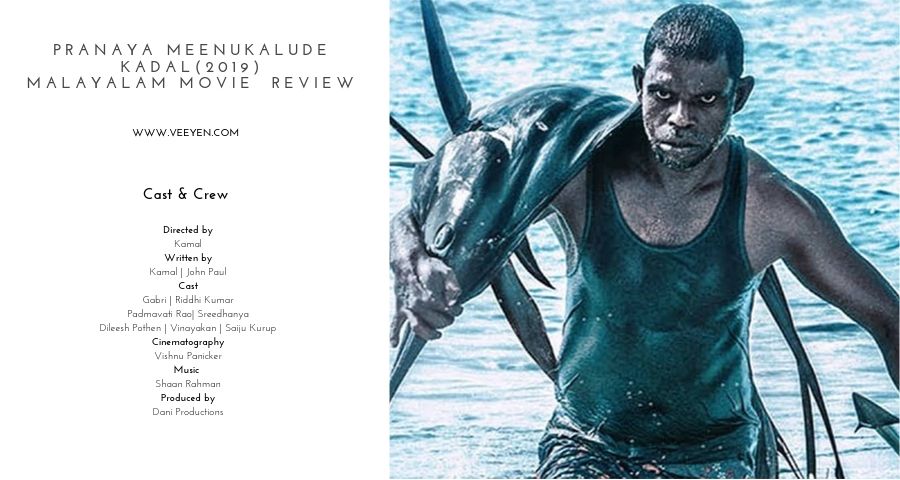 The dreariness that prevails through Kamal’s ‘Pranaya Meenukalude Kadal’ is surprising primarily because it has been set on the ravishing locales of Lakshadweep, and also because the veteran film maker appears to have been stuck in a rut. How does one justify narrating a tale that looks like it had been left buried in the sea sand for more than a few decades?

Ajmal (Gabri Jose) has a reputation of getting into petty fights at cinema halls and aspires to be a screen hero some day. Along with a bunch of co-workers from Beypore, he lands at Kavarati, to repair an old boat this is well past its heydays. As they start working on the boat that belongs to Beevi  Noorjahan (Padmavati Rao) Ajmal finds himself fixated by the charms of Jasmine (Riddhi Kumar), Beevi’s grand daughter who is yet to set foot on the mainland.

Jasmine isn’t amused by the young man or his erratic ways, but Ajmal refuses to give up. His attempts to get closer to her are mostly thwarted by Haidru (Vinayakan), a man who was delivered in the sea by his mother, and who had grown up under the Beevi’s wings. Haidru’s allegiance to the Beevi is untainted and he waits for an order from her to bring the boy to book. 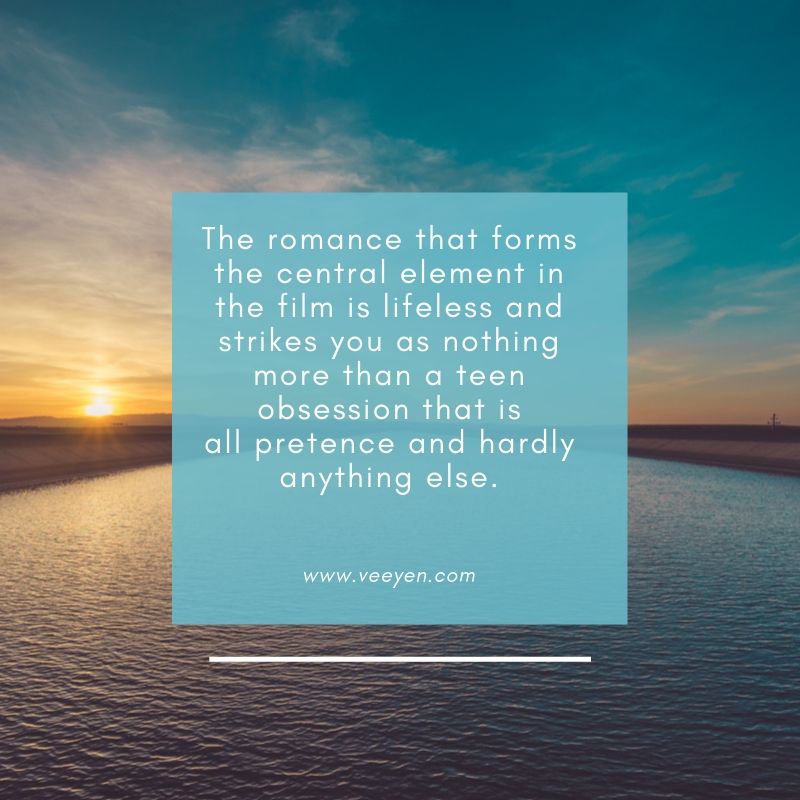 The romance that forms the central element in the film is lifeless and strikes you as nothing more than a teen obsession that is all pretence and hardly anything else. Ajmal is relentless in following the girl around and clicking her pictures and videos and Jasmine grabs his mobile and gets busy deleting them away.

This does not stop Ajmal from mouthing the word ‘Mohabbat’ at every possible instance, and when Jasmine confides in him, her darkest secrets, he assures her that he is not the kind who would be disparaged by it. And when the half way mark comes up, he even jumps into the sea and follows her  around underwater before planting a kiss on her lips, that is as synthetic as their romance on the shore.

There are a few other characters that are thrown in, and among these, Maamanar (Dileesh Pothen) and the local Sub Inspector Eldo (Saiju Kurup) are the ones that grab the most of the screen time. The former is self admittedly a weirdo who holds a PhD from JNU and serves as Jasmine’s tutor and confidante. The police officer prides himself in leading almost all conflicts on the island to a compromise, so much so that he keeps asserting that not a single case has been registered on the island during the past nine months. 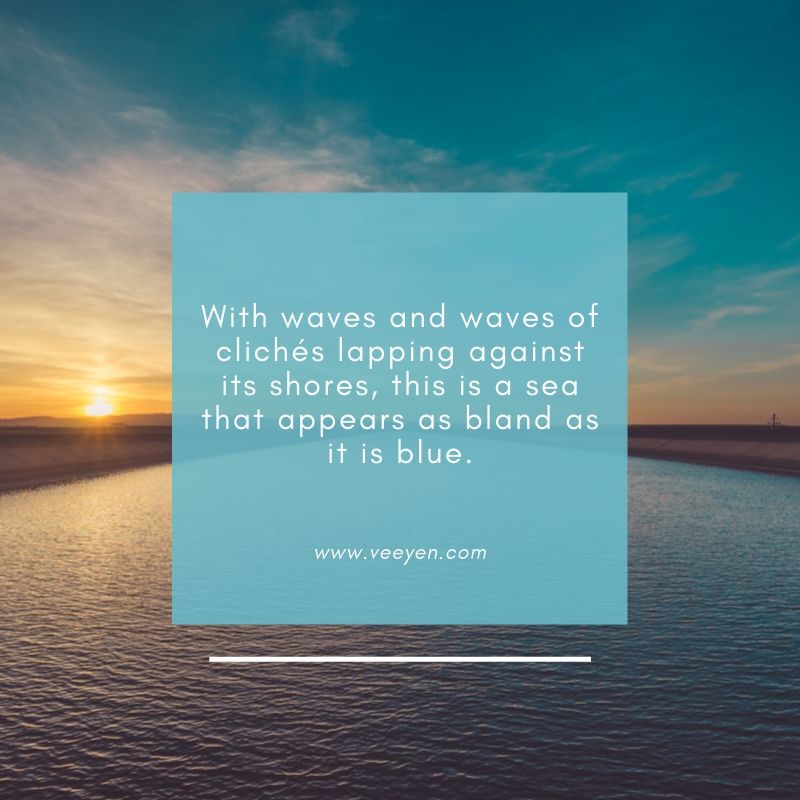 None of these men, nor the leads make any difference in the way this story is headed. Throw in a shark in a few sequences that would be embarrassing to the fish itself, and you have a near perfect let-down from the director this time around, that neither has the thematic potential to pull it off nor any structural specialties to boast about.

The young actors do give in their very best, and Gabri and Riddhi strive hard to make this work, but with little effect. There are also staunch performances from Padmavati Rao and Sreedhanya.  I have absolutely no idea what Dileesh Pothen or Vinayakan seem to be doing in here, and while their contributions are genuine, their performances add little to the overall impact of the piece.

Pretty much similar to the unproductive climactic sequence that involves man and a shark and the ultimate finale that follows, ‘Pranaya Meenukalude Kadal’ tells a story that hardly transcends. With waves and waves of cliches lapping against its shores, this is a sea that appears as bland as it is blue.