‘Prathi Poovankozhi’ would be remembered for the menacing feat that Roshan Andrews comes up with, and the actor in him scores fare better than the film maker this time around. And with a theme that holds considerable power in its premise, it’s a shame that the film ultimately lives up to none of the promise that has been raised. 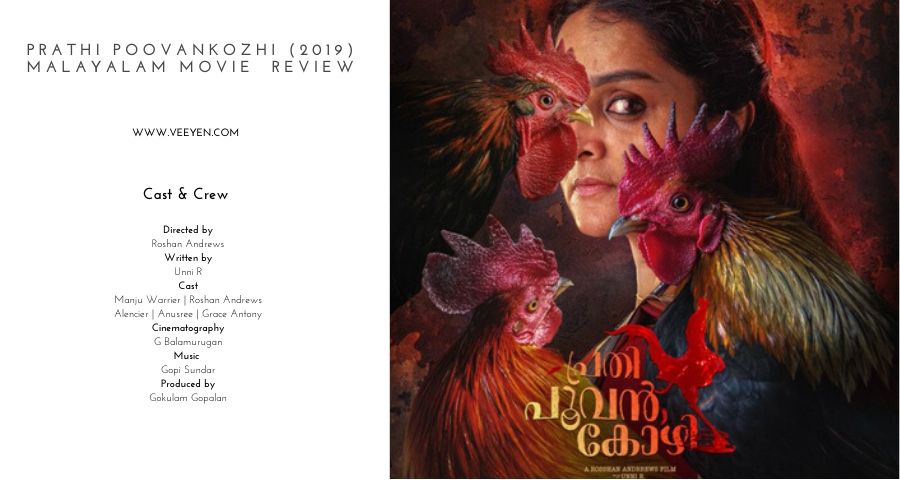 Unni R’s script for ‘Prathi Poovankozhi’ appears a bit too elongated with the deliberate intention of fitting into the requirements of a full length feature, but loses out on its impact in the process. There is no denying the empathy that you feel for the film’s protagonist, but you also wish the film had some more depth rather than the surface spread that it opts for.

Madhuri (Manju Warrier) has her own share of personal battles that includes debt, a menial job as a salesgirl at a textile showroom and an average day that passes by a bit too quickly than she would wish for. One of her daily travails in a crowded private bus to work lands her a bit too close to Andappan (Roshan Andrews), a vegetable seller at the local market who manages to squeeze her butt before disappearing into the crowd.

Madhuri is outraged at the violation and vouches to seek vengeance. Along with her best friend Rosamma (Anusree), she goes in search of the man only to find out that he is a dreaded goon. Not one to be disparaged, Madhuri remains determined to meet him face to face and deliver a tight slap on his face, and is egged on by the sweeper at the textiles Sheeba (Grace Antony) who apparently has an axe to grind with the man. 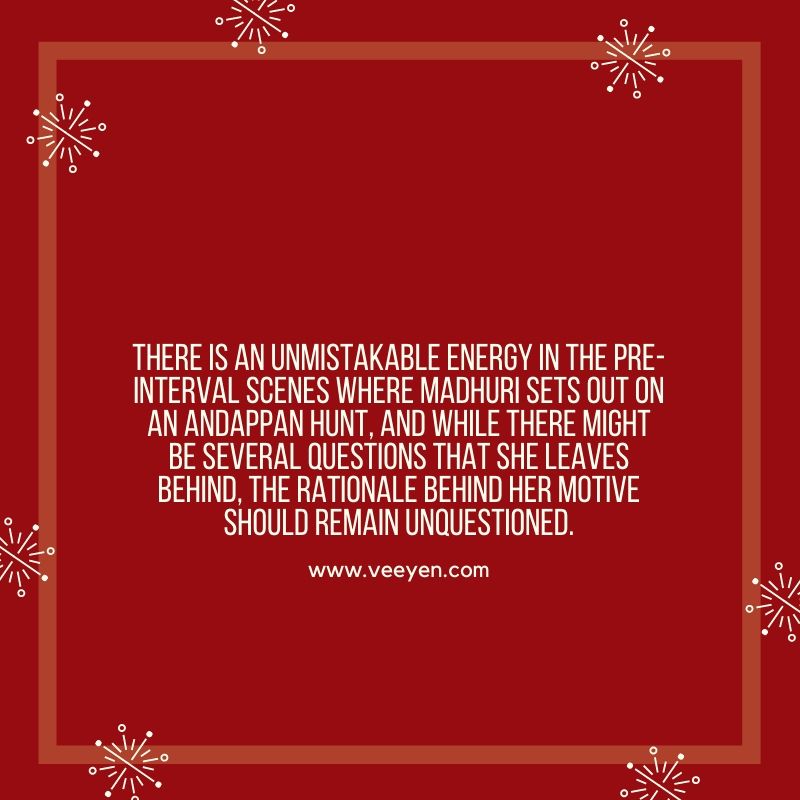 There is an unmistakable energy in the pre-interval scenes where Madhuri sets out on an Andappan hunt, and while there might be several questions that she leaves behind, the rationale behind her motive should remain unquestioned. While there are several characters in the film that attempt to brush aside her resolve to seek vengeance with the oft quoted excuse of a common male act that is best left ignored, Madhuri refuses to let go and latches on to Andappan like there is no tomorrow.

However, a quick turn of events as the half time title card comes up also swerves the script against the film’s favour, and thereon it steadily descents into ordinariness. There isn’t really a comeback for the film thereafter, and it lurches this way and that before heading for a compromise of a climax that leaves you downright disgruntled.

The detours that the film liberally indulges in to extend its running time also often prove costly, and one such is the narrative that includes Rosamma and her several courtiers. Initially it does bring in a smile or two,  but the scenes like the one in which she and Madhuri try to ward off a suitor who has arrived from Cochin tries a hand at your patience.

Its disheartening to see the subject matter, pertinent as it is, lose out in the long run, with several loose ends hanging all around. There is Sheeba’s tale that is half narrated and abandoned, leaving the viewers to indulge in guesswork to fill up the gaps. This is also the reason why ‘Prathi Poovankozhi’ turns out to be worthy and heavy handed all at once. 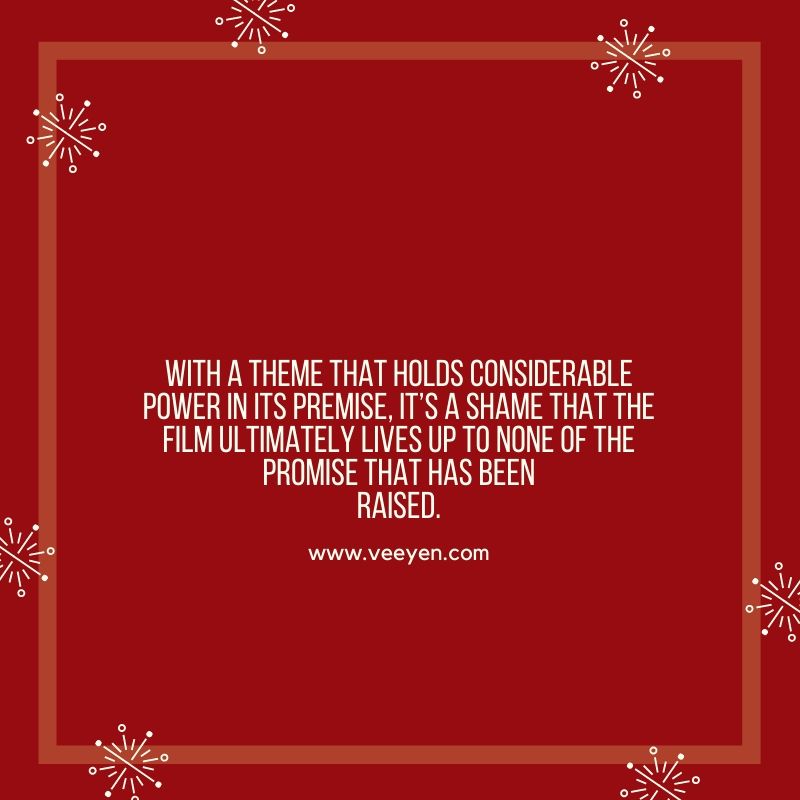 ‘Prathi Poovankozhi’ springs to life with the arrival of Andappan on the scene, and the perverse man is etched to perfection by Roshan. Very obviously not one to be left behind, Manju Warrier adds up to the fervor of the piece, with an invigorating performance that stands its own ground. There are staunch supporting performances from Anusree, Alencier and Grace Antony as well.

‘Prathi Poovankozhi’ would be remembered for the menacing feat that Roshan Andrews comes up with, and the actor in him scores fare better than the film maker this time around. And with a theme that holds considerable power in its premise, it’s a shame that the film ultimately lives up to none of the promise that has been raised.