The jumps and bumps that are expected in a film that falls into this genre are far from sight in ‘Pretham 2’. A jaded horror thriller with none of the fiery thrills, Ranjith Shankar’s ‘Pretham 2’ talks of a troubled spirit that barely leaves you in good spirits.

Ranjith Shankar’s ‘Pretham 2’ does not keep you on edge, nor does it creep you out. On retrospect, neither did its forerunner ‘Pretham’ that did however manage to scrape through without much of a hassle. The sequel though is a severe drop down for the film maker , and is hardly likely to blow you over, even if you had been all entranced by the mentalist’s antics in the former film.

John Don Bosco (Jayasurya) is at Mangalassery Mana this time around; a royal ancestral mansion that is let out to curious tourists and fascinated film units. Along comes a bizarre bunch of youngsters led by Tapas (Amith Chakkalakkal), who on his arrival announces that he has plans of shooting a short film titled ‘Interval’ at the place. 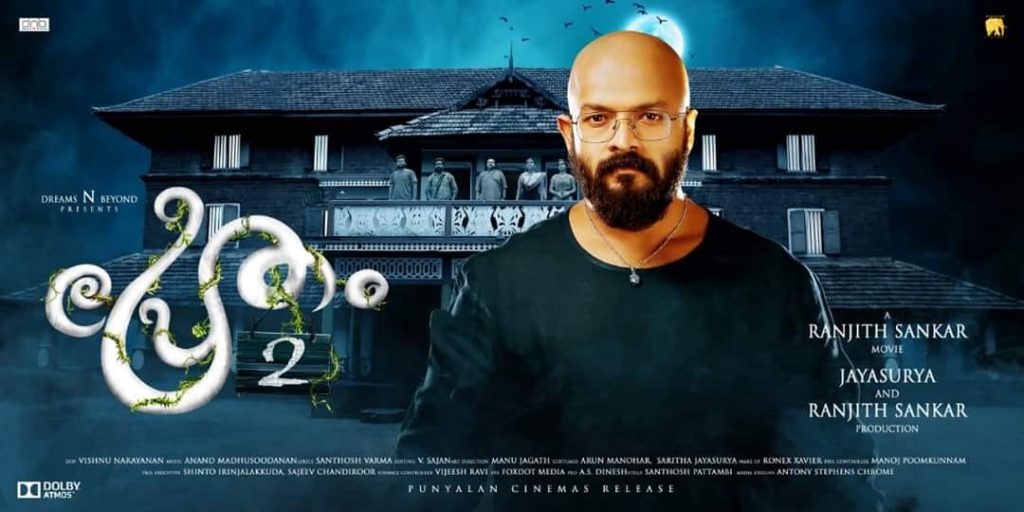 When quizzed further, Tapas also reveals that a few co-members of a Facebook group are all set to join him soon for the film shoot – people whom he is yet to meet in real. Ramanand, a hardcore Lalettan fan is the first to arrive (Sidharth Siva) who makes you drop your head in dismay in no time with his dramatics that are all over the place, followed by Anu (Durga Krishna), Niranjana (Saniya Iyappan) and finally Jofin (Dain Davis).

The horror tropes are all roped in without fail, and the creaking fan leads the pack. There is the idol that has been casually dropped around, which screams don’t-touch-me-or-I-will-eat –you-alive from a kilometre afar. And yet someone does pull it out of the waters and the air of oddness that hangs around is comfily placed on an erstwhile Thampuran who hasn’t had a peaceful demise. 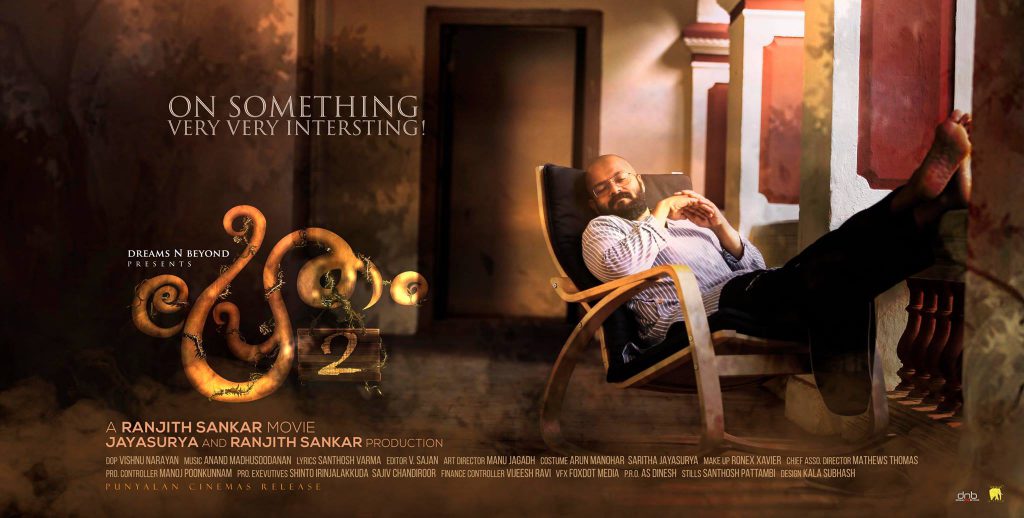 It doesn’t end there, and a birthday cake catches fire, candle lights are blown out, and milk boils, burns and bubbles out of the pot in a blackened froth. Tapas almost drowns and a conceited cop (Sreejith Ravi) arrives to take a closer look. Bosco intervenes and establishes without any further doubt that the police officer has been having a fling with a colleague, the embarrassed cop flees and all is well that ends well.

The mentalist is far from relieved and seeks the help of a friend at the Cyber Police Wing, Meera (Muthumani) to seek out further answers. And it eventually leads to a climax that is so uncharacteristic of the sensibilities that one has associated the director with; where it all topples down like a pack of cards and the answers offered only leads to further questions.

Surprisingly the film has a few scenes, most of which involve Niranjana, where it almost seems like it’s a desperate act to strike a balance. In an elongated sequence that hardly holds any purpose, she is seen stretching herself out in elaborate poses, even as an engrossed Jofin hangs around, mouthing sweet nothings to her.

It would be foolhardiness to delve into the ifs and buts of a film as this, but it is never really able to inject some fresh blood into its worn-out account. What it does try to do is to instil some freshness by bring in an online community and the interaction between its members into the narrative, spice it up further with some loud talk on cyber crimes, film piracy and online frauds and finally wind it all up with a sequence that literally orders you “to stay”.

Jayasurya emerges the sole winner here, and the rest of cast just about pass muster. The jumps and bumps that are expected in a film that falls into this genre are far from sight in ‘Pretham 2’. A jaded horror thriller with none of the fiery thrills, Ranjith Shankar’s ‘Pretham 2’ talks of a troubled spirit that barely leaves you in good spirits.