‘Sathyam Paranja Vishwasikkuvo’ does resolve with a certain degree of elegance, but leaves you wishing that it had a bit more polish to it. Affable and bland by turns, it has its fair share of thought worthy moments that float around in a pool of happenings and non-happenings. 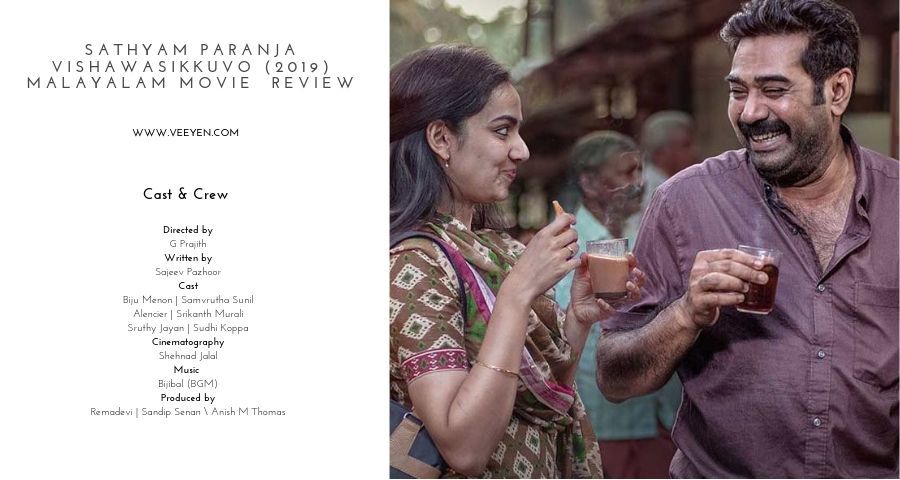 When it comes to ‘Sathyam Paranja Vishwasikkuvo’, writer Sajeev Pazhoor retains a few strains of that mellifluous writing that had much impressed us in ‘Thondimuthalum Driksakshiyum’, but misses out on the vitality that had us hooked in the Dileesh Pothen film. Altering between extremes of interest and indolence, Prajith’s film is one that leaves you revelling at the occasionally brilliant scenes while waiting nonchalantly for the rest of it to pass by.

Suni (Biju Menon) is a mason, who during one of his work stints, falls in love with Geetha (Samvrutha) the daughter of his client, and starts a life with her. Years have passed by, and the couple has a daughter, and Suni has emerged as a certified alcoholic, much to Geetha’s chagrin. Finding it real hard to make both ends meet, Suni is constantly on the lookout for some means to earn some quick money, none of which bear fruit.

As luck would have it, one early morning, Suni discovers a liquor truck that had crashed by the riverside, and summons his friends (Alencier, Sudhi Koppa, Dinesh Nair, Bhagath Manuel and Sumangal) before the crowd gathers.  Together, they stack the bottles in sacks and leave it in the river, hoping to come back soon and sell it for a profit.

Pazhoor’s writing in ‘Thondimuthalum Driksakshiyum’ had a distinct manner to it that seamlessly wove the world around into words, and which cautiously kept the dramatics at bay. The dialogues too were lifelike, and invited the viewer to be one among the curious throng that had gradually grown in size, at the event. 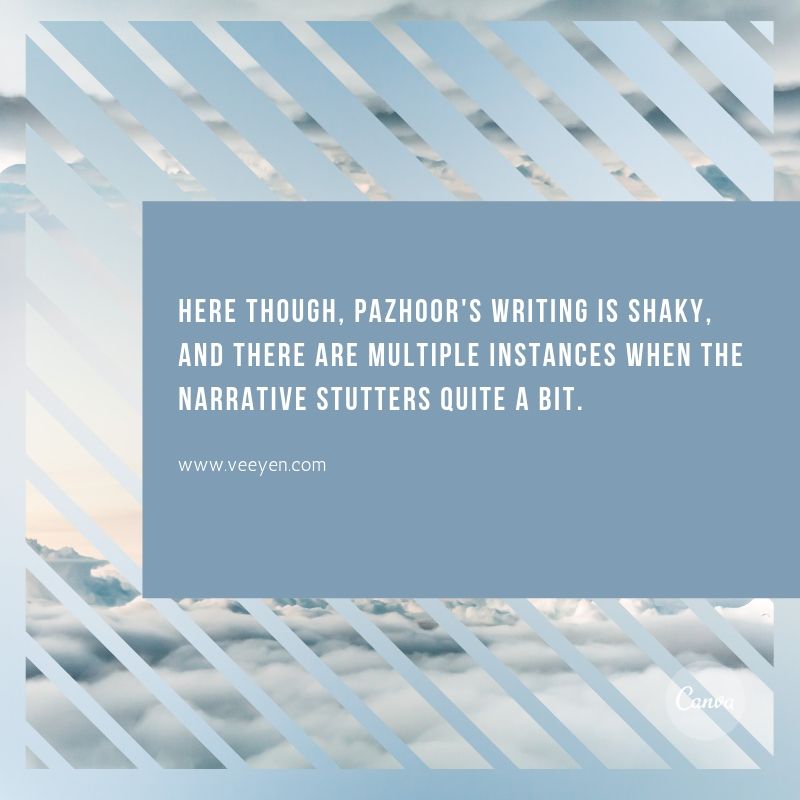 Here though, the writing is shaky, and there are multiple instances when the narrative stutters quite a bit. While efforts are continually made to establish the trauma that the wife finds herself face to face, neither the dialogues that are attributed to her, nor the situations that we find her in, do justice to the crucial requirements of the plot. There is also sub track that involves a political scenario that is way off the mark, and which eventually proves to hold not much purpose in the story either.

Suni’s friend circle though, sings a different tune, and it’s here that Pazhoor turns out to be the writer whom we love. Their conversations are effortless and the sequences genuine, and there is a virtue to their camaraderie that makes ‘Sathyam Paranja Vishwasikkuvo’ a genuine affair that’s enjoyable in parts. 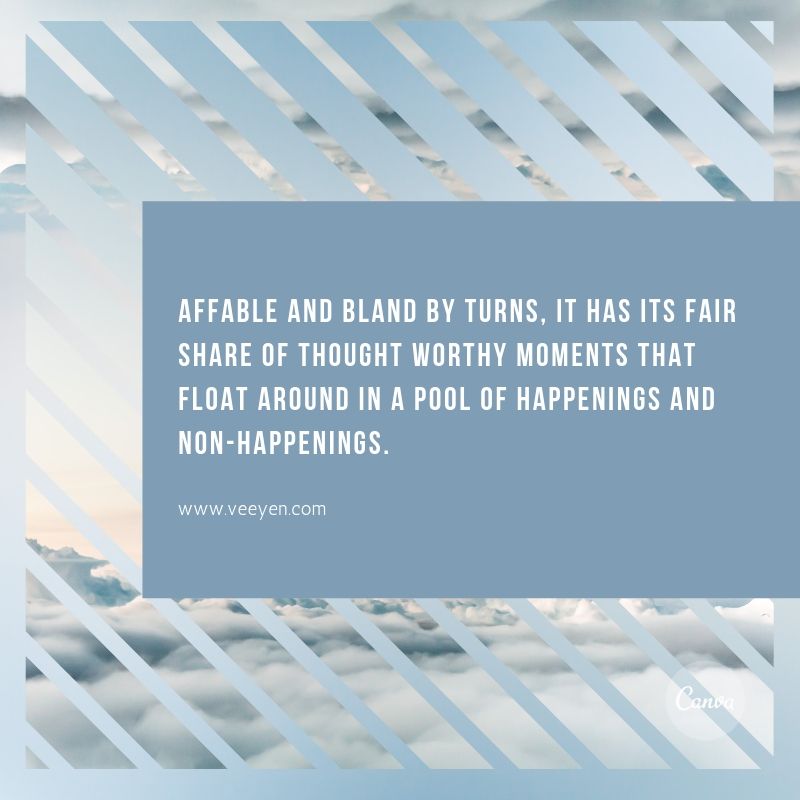 While Biju Menon puts up an effortless feat as Suni, it’s refreshing to see Samvrutha back in action, after a long while. Of the supporting cast, Sudhi Koppa turns out to be my personal favourite, and as Thamara aka Abhilash Kumar, he is hilariously good. A special word of appreciation is also due to the actor who played Sub Inspector Vijayan.  There is a staunch performance from Sruthy Jayan as Jessy, and good ones from Alencier, Dinesh Nai, Srikanth Murali and Vettukili Prakash as well. Bijibal’s musical score is appropriate, and Shehnad Jalal’s frames compliant with with the disposition of the film.

‘Sathyam Paranja Vishwasikkuvo’ does resolve with a certain degree of elegance, but leaves you wishing that it had a bit more polish to it. Affable and bland by turns, it has its fair share of thought worthy moments that float around in a pool of happenings and non-happenings.