‘Sufiyum Sujathayum’ achieves just about half of the dramatic intensity that it originally sets out to attain, and would be remembered best for the mellifluous musical score by M Jaychandran and some remarkable cinematography by Anu Moothedath. Not denying its impeccable visual quality, ‘Sufiyum Sujathayum’ comes across as a monotonous succession of scenes that strive to blow the dust away from its worn-out theme in vain. 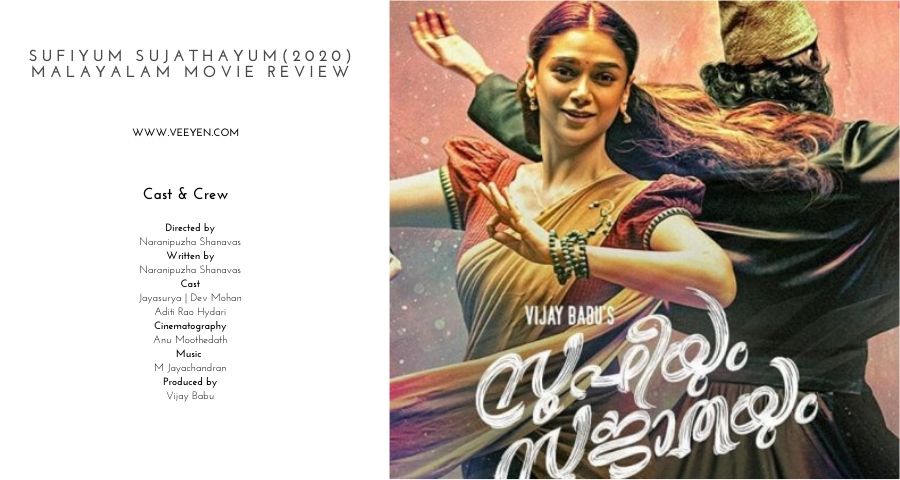 Halfway into Naranipuzha Shanavas’ ‘Sufiyum Sujathayum’, there is a feeling that stealthily makes its way into you, forcing you to analyse its chances of saying something different. The key reason for this, is that regardless of being beautifully shot,  ‘Sufiyum Sujathayum’ seems all melted into a damp mush by the time it is past its initial hour, and you start getting this niggling feeling that there is not much else to hang on to, here.

Essentially this film should strike you as a love tale – a supposedly eternal one at that – between Sujatha (Aditi Rao Hydari), a mute dancer and a Sufi (Dev Mohan) who arrives in her neighbourhood, and who has her rapt attention in no time. They fall in love, much to the chagrin of their folks, and Sujatha is married off to Rajeev (Jayasurya) and moves to the Middle East where she starts leading a life that is besotted with memories of the only man she had ever loved.

The potentials of a film as this lay in its opportunities to make a prolific statement on an issue that holds prime significance in the current times. That it absolutely fails to do so, proves to be the reason behind its collapse as well, and all that it manages to do is feebly skim over this focal point and hastily move on to the rest of it. 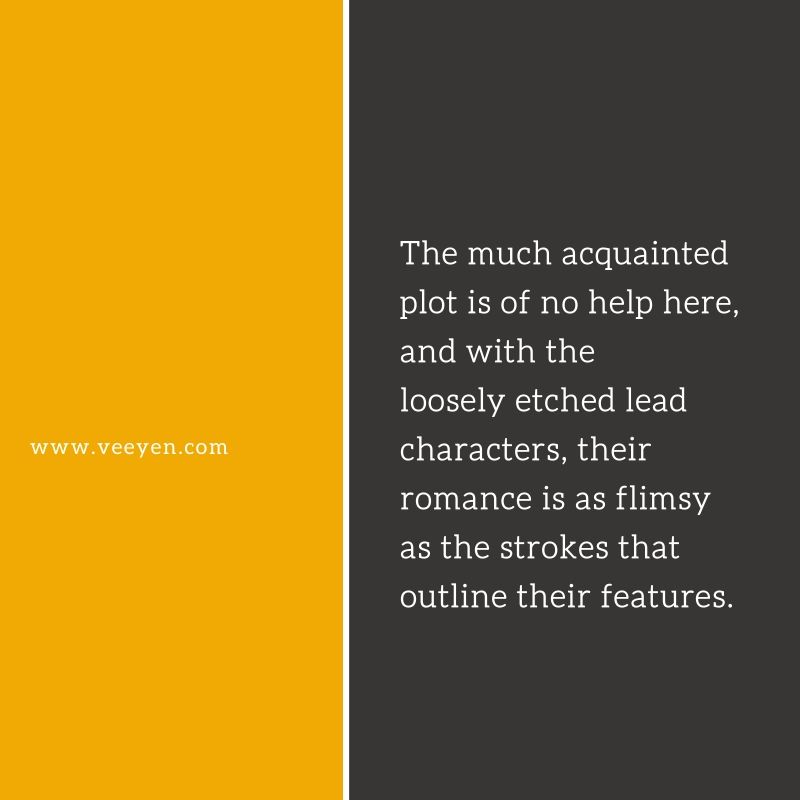 Alternatively, ‘Sufiyum Sujathayum’ could have tried to hold the viewer’s interest as a romantic tale that has its share of charms, but despite its frequent attempts to do so, fails to rise above the stature of a sentimental drivel. The much acquainted plot is of no help here, and with the loosely etched lead characters, their romance is as flimsy as the strokes that outline their features.

Rather, what holds our interest in the film is Rajeev, the unfortunate young man who is left to deal with a wife who refuses to let go of her past. ‘Sufiyum Sujathayum’ turns out to be fleetingly interesting when the narrative shines the spotlight on him, and albeit for a brief while shows signs of pulling itself up from the dumps.

It does not however, manage to do so, and there is an aside just before the climax that almost suggests that quite a lot of surprises are in the offing. Nothing transpires as anticipated though, and the viewer is in for further disappointments, and you are over it much sooner than you had thought you would be.

Equally disappointing is the final resolution that is offered, when the permanent absence of someone brings forth peace and sense back into a relationship that had lacked both. On hind thought, it doesn’t seem surprising either, since the romance between Sufi and Sujatha seriously lacked its soul in the first place, and with the silhouette of the Sufi wandering away into the mountains and Sujatha resting her head on Rajeev’s shoulders with a sigh, Shanavas eases himself out without much ado. 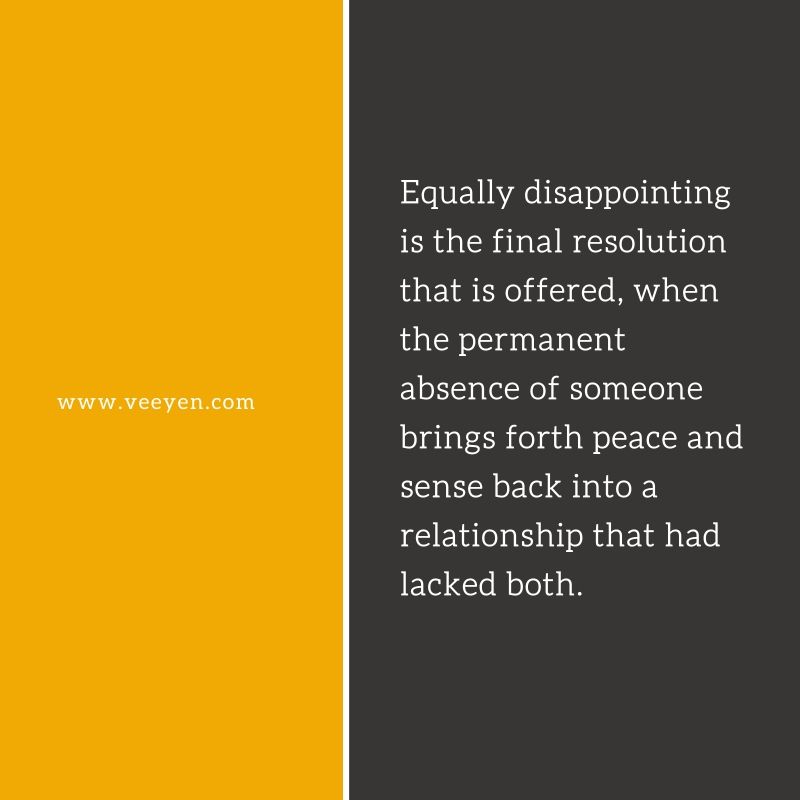 As strange as it may sound, the gorgeous Aditi Rao appears way miscast as Sujatha, and her portrayal of the mute girl that meticulously caters to all the requisites of playing a person with a speech disability appears way over the pitch. This is in sharp contrast to the delightful performance that Dev Mohan comes up with, that is wonderfully subtle and perfectly tuned. Equally impressive is Jayasurya, who is left with much less of a screen time, but who ensures that his act is nothing short of top-notch.

‘Sufiyum Sujathayum’ achieves just about half of the dramatic intensity that it originally sets out to attain, and would be remembered best for the mellifluous musical score by M Jaychandran and some remarkable cinematography by Anu Moothedath. Not denying its impeccable visual quality, ‘Sufiyum Sujathayum’ comes across as a monotonous succession of scenes that strive to blow the dust away from its worn-out theme in vain.