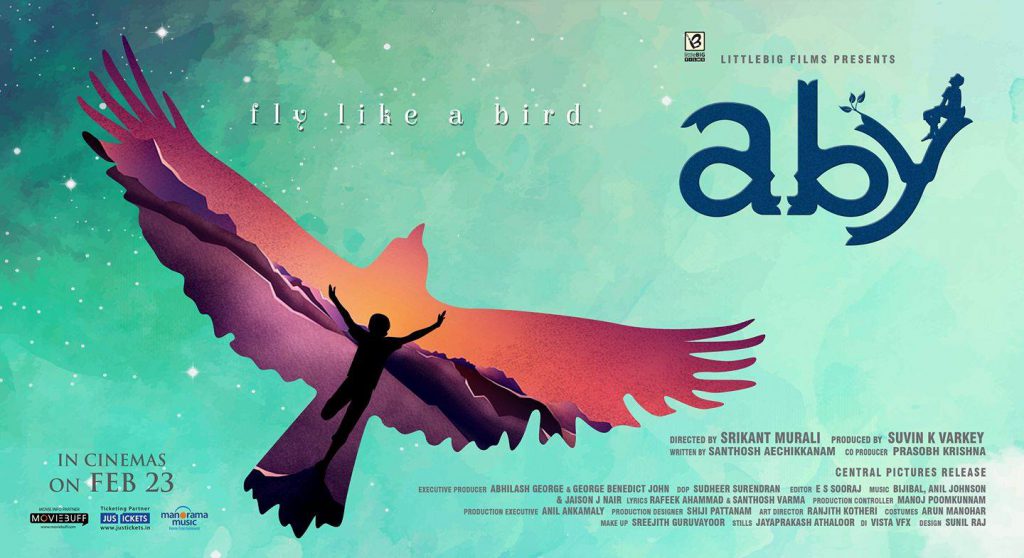 Srikant Murali’s directorial debut ‘Aby’ that stars Vineeth Sreenivasan in the title role is all set to grace the screens this week. The film based on a story by Santhosh Echikkanam, talks of a boy’s intense desire to fly.

The film has been in the news ever since its trailer was released by Nivin Pauly on his Facebook page. We also saw Aashiq Abu releasing the first video song of the film, and the second one by none other than director Priyadarshan.

‘Aby’ has been produced under the banner of Little Big Films and will be distributed by Central Films.