The streak of massive destruction and rage that runs through the six brilliant pieces that make up Damian Szifron’s ‘Wild Tales’ (Relatos Salvajes) is what makes it unlike any anthology that we have watched till date. Szifron’s film is a an amazingly exciting wreck ride that sends you spinning down dimly lit tunnels of love, revenge and pure hate. 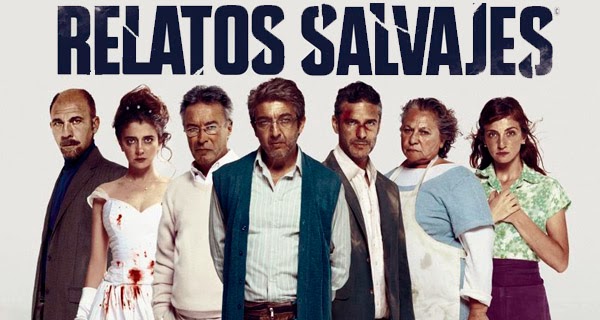 The tale of road rage that assumes epic proportions in ‘El más fuerte’ is by far my favourite from among the lot, though Szifrom, it should be noted maintains a surprisingly even tone throughout the film. Diego and Mario and the deadly race that ensues between the two is slightly reminiscent of ‘The Duel’ (1971, Steven Spielberg), but has a savage fervor that makes it a delightfully twisted tale.

Romina screaming her lungs out in ‘Hasta que la muerte nos separe’ comes a close second and when she discovers that her soon-to-be-husband has been cheating on her, the doors to hell are thrown open. Her wedding progresses steadily towards the shambles and she takes everything down with her, including the cake, her groom and even the ones who had chosen to drop by.

The four other tales are equally engrossing – whether it be ‘Pasternak’ where unusual coincidences occur aboard a plane headed straight for doom or ‘Las Ratas’ where a seemingly quiet and unoccupied restaurant soon emerges into a perfect setting for a waitress to seek revenge, or ‘Bombita’ that talks of a man who has had a bit too much of towing trouble or ‘La Propuesta’ where a wealthy young brat seeks refuge at his place after having run his car over a pregnant woman. The cast that comprises of Ricardo Darín, Oscar Martínez, Leonardo Sbaraglia, Érica Rivas, Rita Cortese, Julieta Zylberberg and Darío Grandinetti puts up a dazzling act.

‘Wild Tales’ is without doubt a gut churning watch, but in a delightfully involving way, and keeps you hooked from start to finish. These ferocious stories of revenge are studded with plenty of absorbing moments that so efficiently merge together dark humor and gratifying drama with dollops of thrill gore dripping all over them.