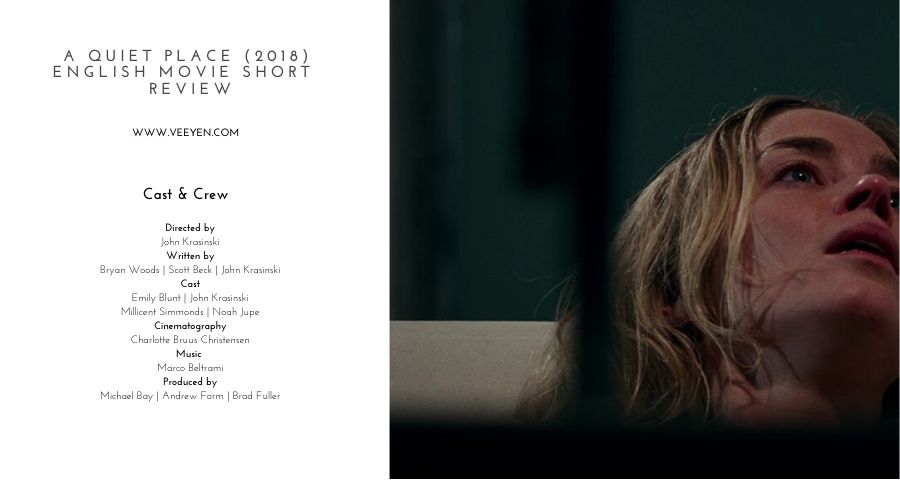 I do miss not having been able to watch tiny little gem in the theatres, despite quite a few friends suggesting that I do, when the film was released a couple of years back. For one, the temperament of ‘A Quiet Place’ is distinctly different, and the eerie silence that it so skilfully employs is what makes it a class apart.

The apocalyptic premise might just seem eerily familiar, and the world has been invaded by alien monsters who would kill you at the least sound that you would dare make. The universe it seems has transformed into a jarringly silent space, where the few survivors who have been left behind make do with the sign language to communicate.

John Krasinski is the man of the hour who takes upon himself the challenge of foregoing sound for his film, and the results that he has come up with push him onto the row of the most creative film makers that we have at the moment. This one will have you standing on your toes in anticipation, and the one resolute decision that I have made is not to miss the sequel in the theatres.