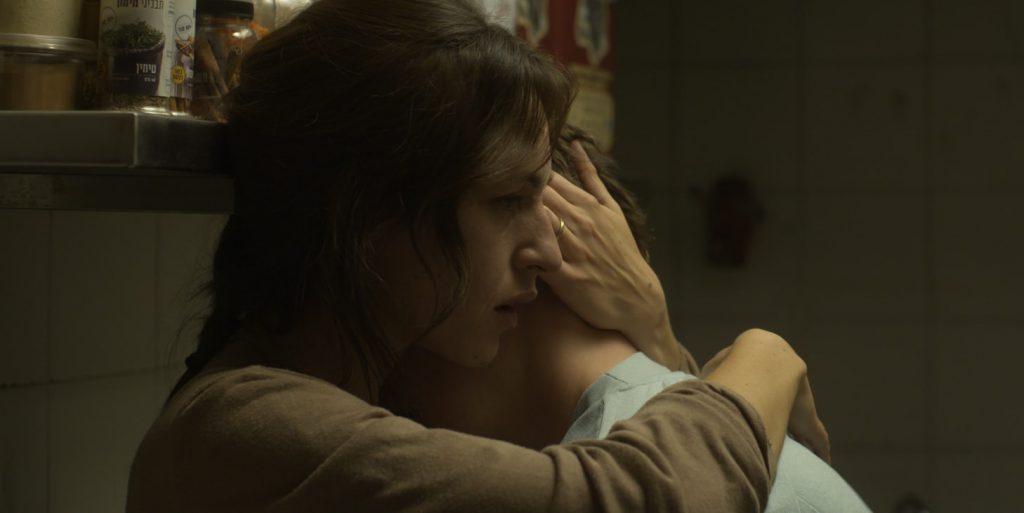 While on an official trip to Berlin, Israeli business man Oren (Roy Miller) walks into a cafe at Berlin, and asks for shopping advice to the chef Thomas (Tim Kalkhof). Initial casual pleasantries that are exchanged evolve into a long distance affair between the two men that spans across Israel and Germany. When news of Oren having passed away in an accident in Jersualem reaches his ears, Thomas decides to travel all the way across to the Israeli city where his lover’s allegiances lay, and in the process strikes up an unusual affiliation with Anat (Sarah Adler), Oren’s widow at her coffee shop.

Ofir Raul Grazier’s feature film debut is a lyrical take on personal loss, with grief overwhelming the very being of the individuals that are left in its wake. It would be an outrage to view it as a queer film, since it underlines that bereavement transcends and inundates gender and along with it sexuality, and deep within, only the cold shudders of despondence remain.

Adler and Kallhof temper their performances with the right amount of subtlety that almost borders on downplay.  Miller, in a role that is more of a cameo, lends it just the right amount of an enigmatic timbre, that keeps the pressure hanging about in the air. Cinematographer Omri Aloni crafts not just the most appetizing of shots, but through an enticing array of cakes and cookies, kneads his material with astute artistry and grace.

‘The Cakemaker’ is an incredibly melancholic film, and through a prudent sequence at the climax, affirms that this irreparable strain of sorrow is what would hold Anat and Thomas forever together; memories of a man whom they would never perhaps learn to live without. And in doing so, ‘The Cakemaker’ assumes an elegiac tenor, that treats both its theme and its characters with a fine sensitivity that is not to be missed.