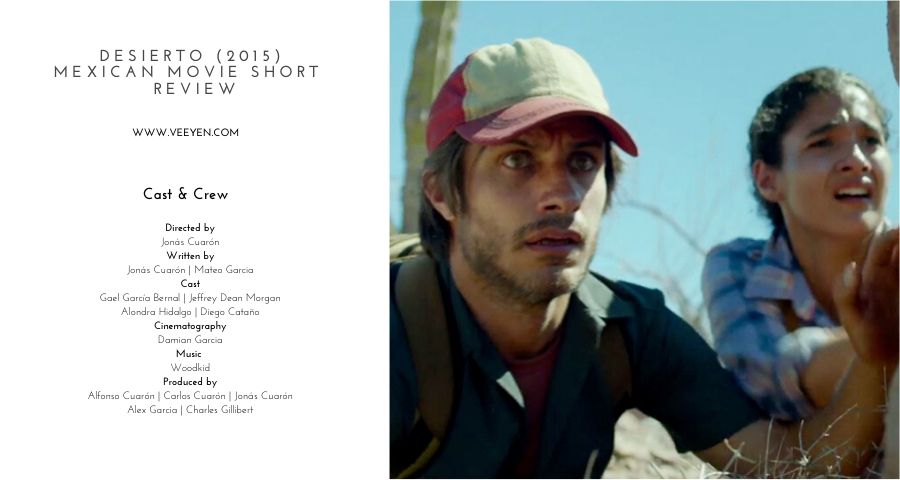 This cat and mouse tale directed by Jonás Cuarón, somehow reminded me of Spielberg’s ‘Duel’ (1971), and is a combo of some real mushy, basic survival tale and a primary social treatise of sorts. It does have its fair share of thriller moments, but somehow falls short of being that absolutely satisfying thrill fare that you expect it to be.

‘Desierto’ follows a bunch of Mexicans who attempt to cross over to the United States illegally, across the sand dunes, realizing all on a sudden that the border patrol is probably the last thing that need to worry about at the moment. With a sniper on the prowl,  who would stop at nothing until he has rifled all of them down, they scamper across the sandy desert as their travel mates are gunned down one after the other.

Gael Garcia Bernal plays Moises in the film, one of the Mexicans who is destined to last till the very end, and eventually it turns into a one-to-one tussle between Moises and Sam (Jeffrey Dean Morgan), the ruthless racist with his menacing dog, Tracker. The film treads over quite familiar territory, but in the end turns out to be a pretty okay watch.