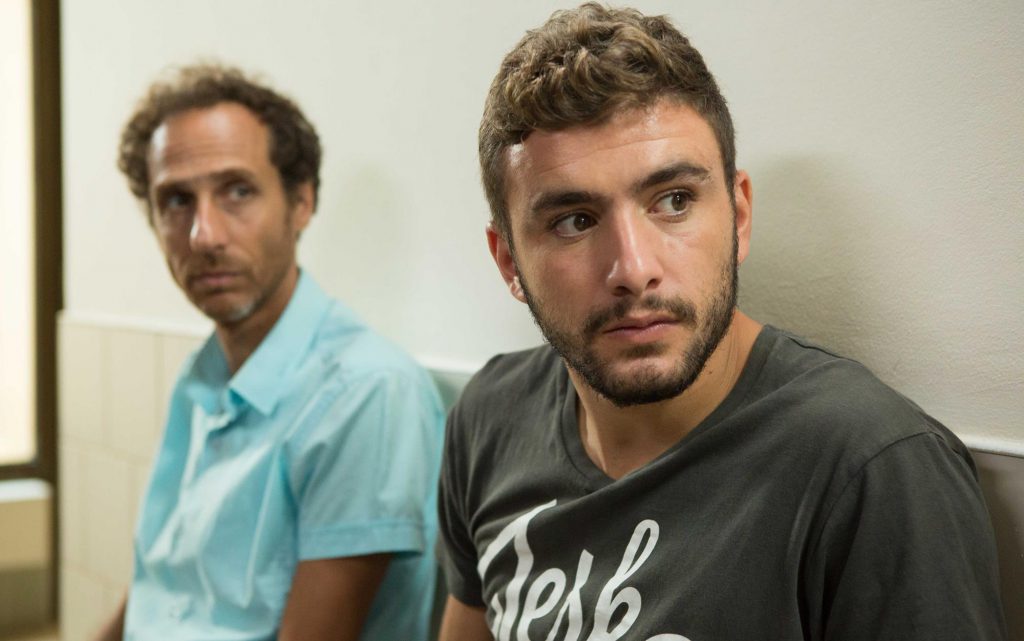 Asher (Asher Lax), in Matan Yair’s feature film directorial debut, is a fretful teenager with a penchant for causing trouble and grappling with multiple issues, his studies  being just one among them. When Rami (Ami Smolarchik) walks into his class as his teacher in literature, Asher finds his attitudes and beliefs questioned, and in no time rediscovers an interest in learning.

‘Scaffolding’ keeps its female presence to the minimum, and in doing so, further emphasizes on how Asher is made to increasingly cater to the inflexible requirements of an almost exclusively male environment.  His dad Milo (Yaacov Cohen), for instance, is one who believes that the boy should be better off without those lessons in literature, and should instead focus on driving the family scaffolding business forward.

Yair, however drops a bomb midway through, and leaves Asher in a strange quandary. We are not any less troubled, and Rami spins into a much greater mystery than we initially imagine him to be.  Asher goes in search of the one truth that would bring him peace,  and vents his frustrations on a new teacher, much to her surprise.

‘Scaffolding’ is reportedly based on Yair’s own teaching experiences, and as such holds a mirror to some ubiquitous questions that teachers across the world, find themselves face to face with. It also could very well boast of compelling performances from its lead actors, and emerges as an absorbing coming-of-age film that offers much deeper insights on the dynamics of parenting, or perhaps even more on the bearings of felicitous modelling.