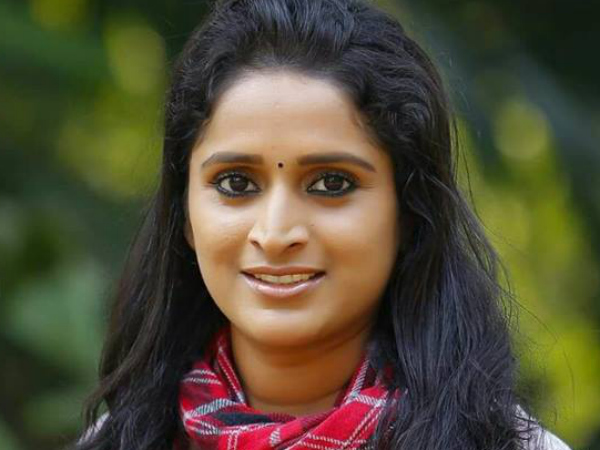 Quite accidentally happened to watch National Award winning actor Surabhi Lekshmi on Asianet’s ‘Point Blank’, where she was engaged in a conversation with Jimmy James. Easily one of the most engaging interviews that I have seen in recent times, Surabhi Lekshmi reiterates that stardom and fame need not necessarily always be related to haughtiness or disdain.

In an age where actors have often had trouble with the stardust getting into their eyes, Surabhi Lekshmi strikes us as distinctively different. She talks of a humble beginning when as a six or seven year old, she had performed as part of a circus troupe and of the pack of peanuts and omelette that her dad had brought her when she was applauded for her feat.

Especially noteworthy are her retorts when quizzed about her training as an actor. She remembers that she had decided to apply for a bachelors degree in Bharathanatyam, since Mohinyattam required a whole lot of swaying around, while Bharathanatyam would be over without much of a hassle. When asked to select a subsidiary, she had ticked off the column against ‘theatre’, hoping she would get some job perhaps in a cinema hall, to turn a film reel or something similar!

A long way indeed for a person who stands today, holding a National Award for the Best Actor in her hands, and hoping at the same time that the National Award will not finish off her film career, as it has at times done to some of her predecessors. She asserts that she has the sole intention of remaining in the industry as an actor who has the capability to do all sort of roles, irrespective of the length of the role or its stature.

With a giggle, Surabhi exclaims that she has moved on to the APL category now, from the BPL category that she originally belonged to. She also says that once the current applause and accolades have settled down, she will have to sit idle if film makers start seeing her as a ‘national award winning artiste’ who is way above their films.

Surabhi Lekshmi comes across a genuine, unassuming and down to earth actor with zilch starry airs, and in ‘Point Blank’ she animatedly talks of a life that has seen some tremendous ups and down. Here is hoping that this wonderful actor finds more roles worth her amazing talent, and that more opportunities and recognition comes her way.