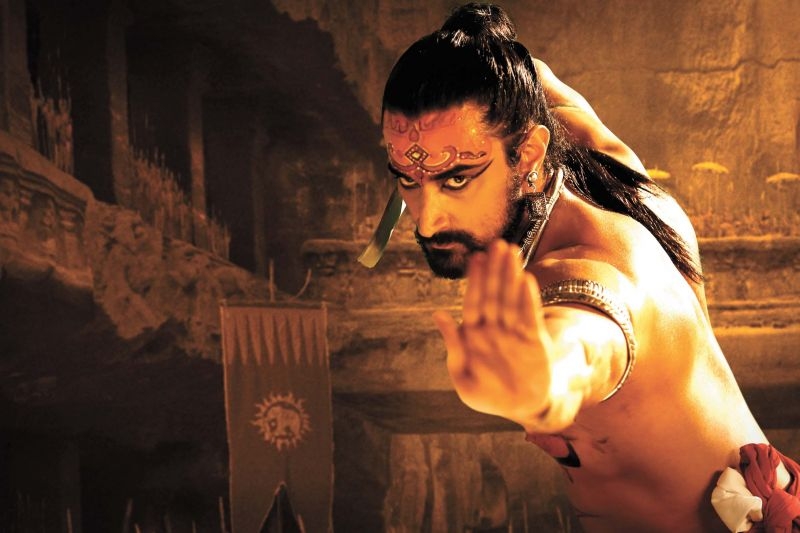 Jayaraj’s ‘Veeram’ is one of the most anticipated Malayalam films of 2017, and the director it seems has left no stone unturned to see to it that the film is a visual extravaganza. Having roped in some of the best technicians from all over the world, Jayaraj’s film has been reportedly shot on a budget of 35 crores!

‘Veeram’ however has been shot simultaneously in Malayalam, Hindi and English, and has mostly a non-Malayali cast, with names as Kunal Kapoor, Divina Thakur and Himarsha Venkatsami leading the pack. It is a continuation of Jayaraj’s ‘Navarasa’ series, and undoubtedly the costliest of the lot, as yet.

The film draws upon Shakespeare’s ‘Macbeth’ and blends it with the Vadakkan Paattukal, thereby attempting to bring out an exhilarating amalgamation of the two. MT Vasudevan Nair’s Chandu Chekaver and his Veeragatha are reworked in ‘Veeram’ by the director himself, with dialogues penned by Dr. Gokulnath, Ammanathil and Mary Ryan. Cinematography is by S Kumar, and editing by Appu N Bhattathiri.

The musical score is by Jeff Rona. The film has also received a preliminary Oscar nomination for the Best Original Song. So will ‘Veeram live up to all the hype? The upcoming 24th of February will have the answers.