While it’s surprising that film as these continue to be made, it also has to be realized that ‘Kalki’ is more of an unapologetic testosterone show. It holds no false promises and delivers what it believes in, as inflated and incongruous as it appears to be. 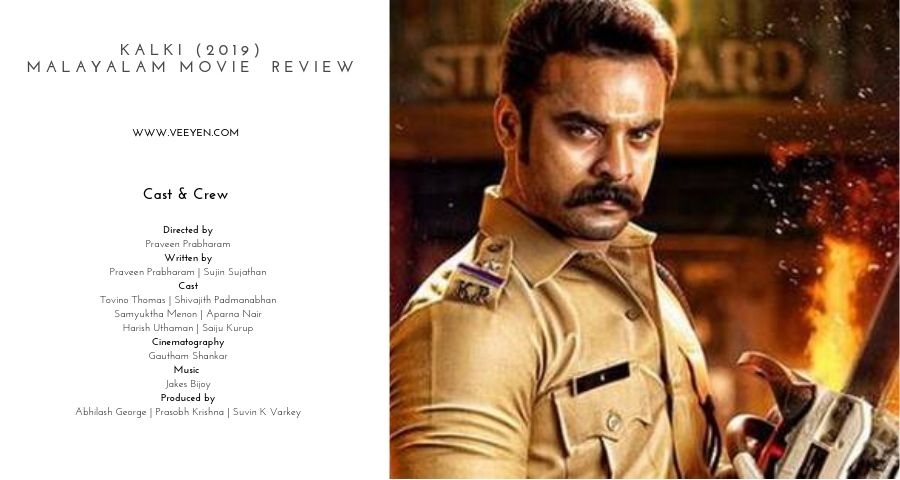 Nanjamkotta, a tiny hamlet that is strategically placed somewhere along the Kerala – Tamil Nadu border has had it with Amar (Shivajith Padmanabhan), the evil don who literally rules the place. An entire populace has been driven away from the place, and Amar royally rules over, beheading anyone who dares to cross his path.

There seems to be no other alternative but an Avatar that could bring the thug to book, and when a new Sub Inspector (Tovino Thomas) takes charge at the police station, it does seem like Kalki is finally here. Praveen Prabharam’s film is like an announcement made through a blaring loud speaker – garish, flamboyant and all over the place.

The story that it showcases is one that has been unearthed from an age that had long passed by, and speaks of how a single man, and a determined one at that, could make a huge difference. It all seems pretty clear when the Inspector in a massive swagger, goes straight into the police station from where a thug runs out, lit up like a cracker that has been set alight during Diwali.

This man, it’s made clear, would stop at nothing, until Amar is done away with, and the rest of the film is a patient wait, for that inevitable moment. It takes place about two and a half hours later, by which time, much blood has been shed, many bones have been broken, and many skulls punctured beyond repair. 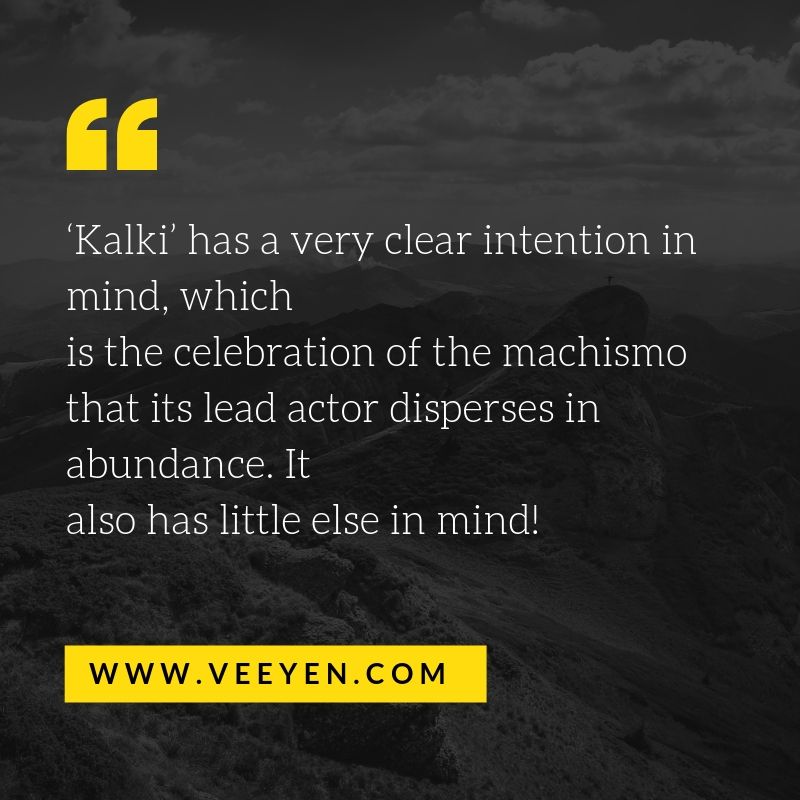 ‘Kalki’ has a very clear intention in mind, which is the celebration of the machismo that its lead actor disperses in abundance. It also has little else in mind, which is the reason why its entire focus rarely moves beyond the tall, strapping frame of its protagonist, and lets everyone else except perhaps the antagonist to take shelter under his cover.

The two women in ‘Kalki’ who at least get to utter a few lines occupy the opposite extremes of the line. There is the doctor (Samyuktha Menon) who initially seems like she’s going to be around for quite a while, but who disappears without a trace, and the slum dweller (Aparna Nair) who mouths a few insignificant lines on the harshness of life. Neither of them serve a purpose except to ascertain that this is not an all male affair as it looks like.

There is no point in being on the lookout for rationality in a scenario as this, and all you hope for, are for those sparks to fly. That doesn’t happen either, and while there is no shortage of powered up action scenes, some appear distractedly shot like the lengthy one at Aluva Manappuram, that seems out of colour and light on screen. 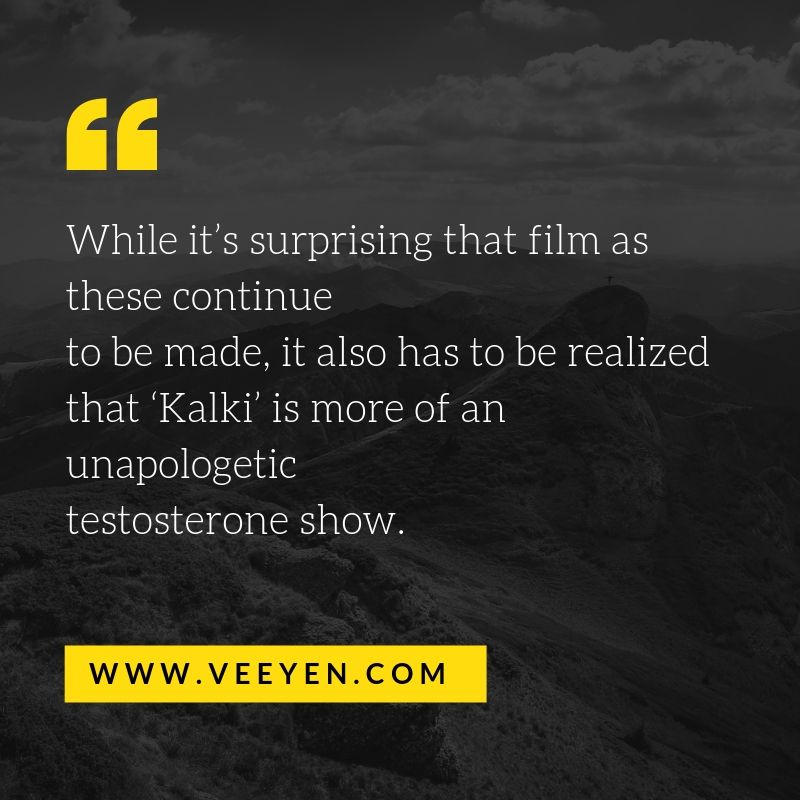 ‘Kalki’ is a showcase as much for Shivajith Padmanabhan as for Tovino Thomas, and it remains to Shivajith’s credit that he leaves an imposing impression on the viewers’ mind despite Tovino’s towering presence throughout.  Gautham Sankar’s cinematography strikes you as appropriate and Jakes Bijoy’s musical score adequate.

While it’s surprising that film as these continue to be made, it also has to be realized that ‘Kalki’ is more of an unapologetic testosterone show. It holds no false promises and delivers what it believes in, as inflated and incongruous as it appears to be.