In a world that is often hostile to diversity, ‘Njan Marykutty’ brightly lights up a beacon of optimism. And in a world that has long revelled in gender jokes and gay innuendos, it all might sound a fairy tale, but then its significance lies in the suggestive reminder that it puts forth, that perhaps it’s time the transuniverse had their share of fairies as well! 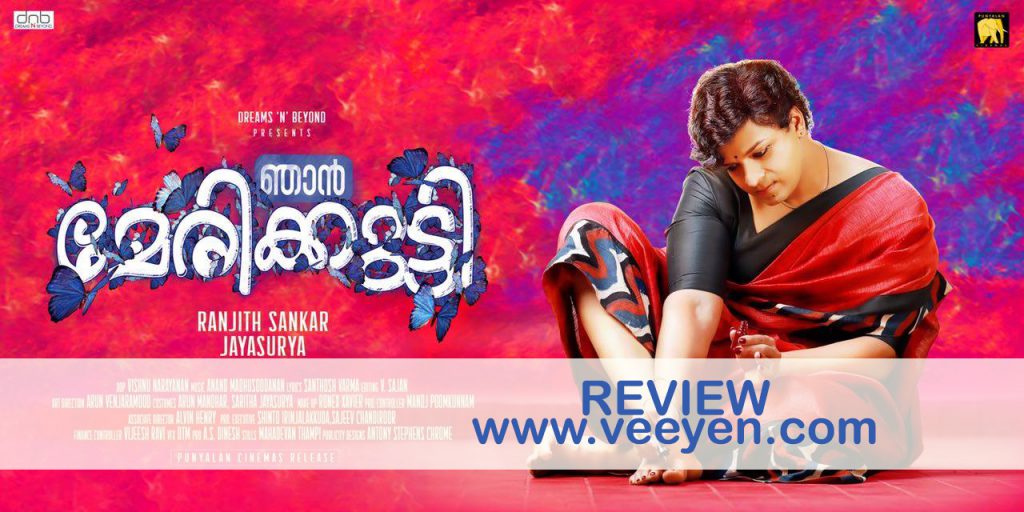 Among the several things that Mathukutty (Jayasurya) leaves behind, having penned a long parting letter addressed to his family, is a disgruntled past, a body that had battled with a mixed identity for more than two decades and a name that no longer fits in the present scheme of things. Rechristening herself as Marykutty, she moves on, determinedly settling down to a new life that continues to be no less ridden with complexities, including a sex reassignment surgery, and an intricate post-operative routine that she hopes would soon transform her into the woman that she had always wanted to be.

Ranjith Sankar’s ‘Njan Marykutty’ is without doubt the most redolent take on the lives of scores of people around us as Marykutty, with mismatched sexual and gender identities. It’s an evocative exploration of a trans-identity; of a mind that so desperately wants to fight away and break unloose the shackles that have chained it on to a body that it no longer considers its own. 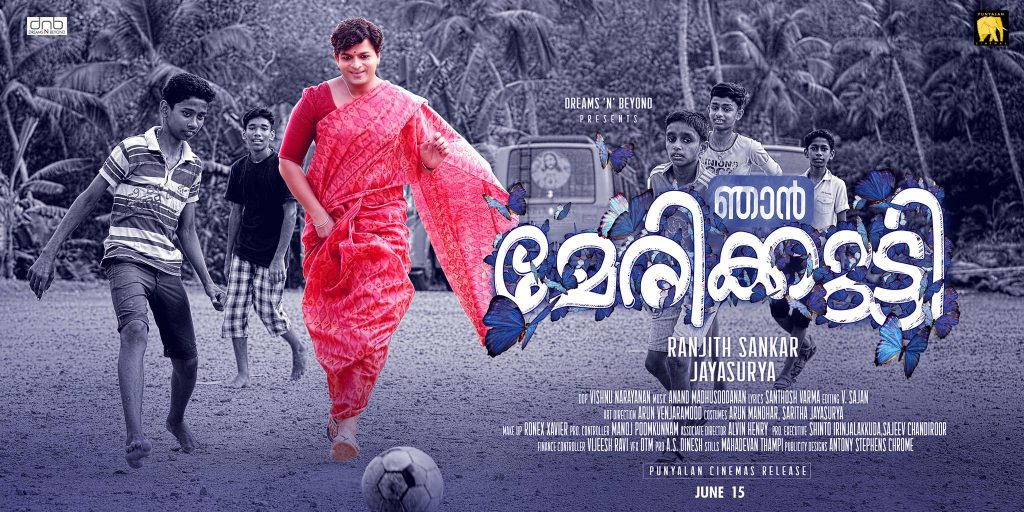 ‘Njan Marykutty’ needs to be particularly commended for not painting its protagonist as a prototype that Indian cinema has forever viewed as a potential subject of derision and disdain. Marykutty has none of the usual overstated flamboyance that lets the writers frequently draw these caricatures in gaudy strokes; rather she maintains an estimable decorum in gait and garb, that is as admirable in a transsexual as it would be in a woman.

Mathukutty remains in the shadows and never really makes an appearance in the film, and we get to see Marykutty instead, kneeling before the altar, hoping to strike up an allegiance with god. She has by now grown used to the feet that hurriedly walk away as she moves closer, the eyes that avert their gaze when she turns around to look at them, and the voices that switch to hushed whispers as she walks by. 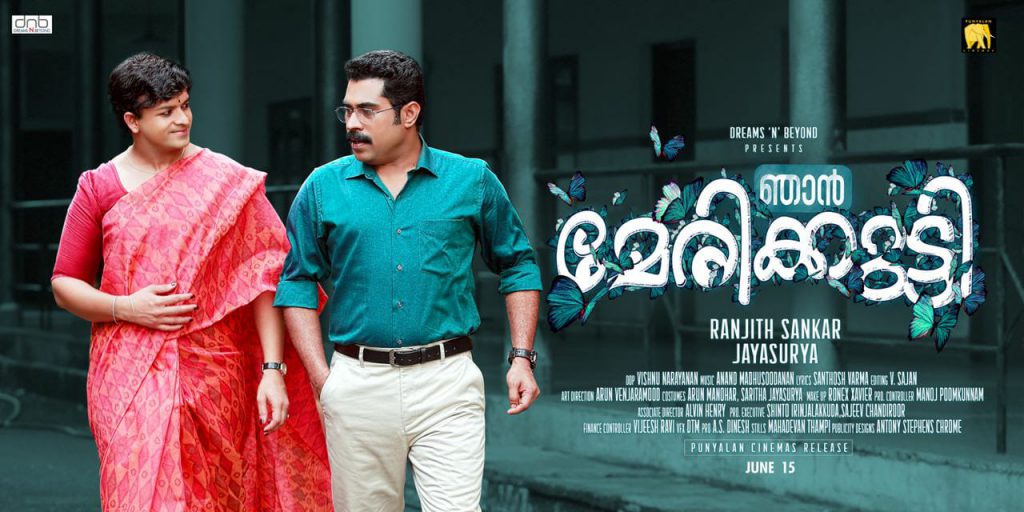 The basic respectability that Marykutty craves for, is one that is invariably linked to her identity, and which most of us have taken for granted in the conventional world where we have conveniently compartmentalised ourselves into men and women; where anyone who does not conform to these conformist norms is deemed unworthy of an existence. Stripped of this essential requisite, it’s an immense, long-winding struggle for Marykutty to reinstate and rephrase her real identity, at the end of which she holds back the tears in her eyes while receiving the first letter addressed to her new name.

There are several instances when the film challenges our notions about what it means to be different. In one principally commanding scene, a woman bureaucrat condescendingly disapproves of the choice that the transsexual has made, and storming out of her office after a heated exchange of words, a visibly disturbed Marykutty heads for the washroom. She briefly halts before the gender signs outside the washrooms, even as a woman who walks out of the one marked for women, fleetingly glances at her in disgust. 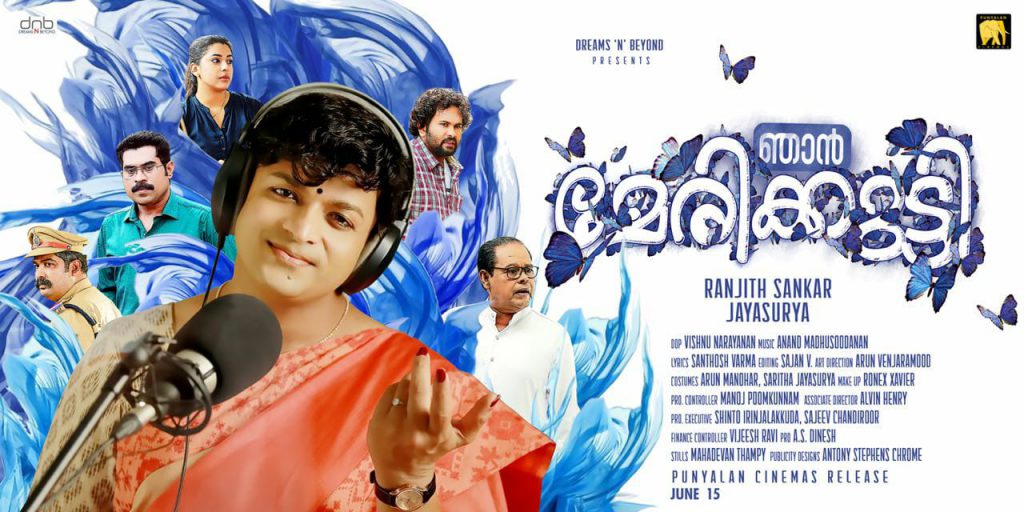 Marykutty’s decisions have had a devastating impact on her family as well, and their emotions range from sheer shock and rage, to disgust, frustration, confusion, grief and eventually hesitant recognition and acceptance. There is an extreme sensitivity to the way Ranjith has crafted two scenes in particular – the former one involving her sister who wouldn’t see any more of her and who has arrived to beg her not to cross her ways any more, and the latter involving her dad who pays a visit at the parade ground where she awaits her physical fitness test to be a police officer, and admits tearfully that perhaps things shouldn’t have been the way they have turned into.

The antagonist in ‘Njan Marykutty’ is Sub Inspector Kunjipaalu (Joju George), who in addition to being a shady, arrogant and unapologetically haughty officer, is one who prides himself on being predominantly male. Spouting contempt from the corner of his lips, he ceaselessly showers verbal affronts on Marykutty, but doesn’t hesitate to squeeze her curves on the pretext of a search.

There are a couple of sequences including a lawyer (Sidharth Siva) who admits that he is enamoured by Marykutty’s presence, and a bit too much of righteousness that spills over in the initial scenes when Marykutty takes over her new job as an RJ at the local FM, that could have been done away with. There is also a stark silence, (except for a brief retort to a hopeful suitor) though a negligible one at Marykutty’s (lack of) sexual life and romantic interest, which might be attributed to her being an individual who has got her focus all fixed on the establishment of a firm identity than anything else. But these hardly matter in the larger scheme of things. 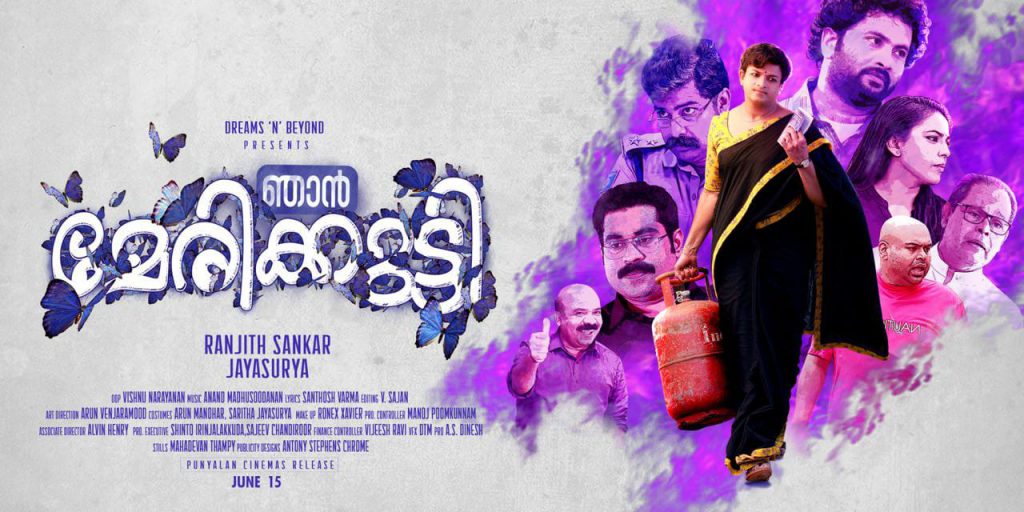 Here is a no-holds-barred performance from Jayasurya, that is tonally consistent and not even for a moment, erratically embellished. He is pitch perfect as Marykutty, and armed with some genuine emotional insight, gives it his very best, rendering it one of the best performances that we have seen this year from a male actor. Joju is emphatically remarkable as the corrupt cop, and so is Suraj as the empathetic district collector who lends Marykutty a helping hand.

In a world that is often hostile to diversity, ‘Njan Marykutty’ brightly lights up a beacon of optimism. And in a world that has long revelled in gender jokes and gay innuendos, it all might sound a fairy tale, but then its significance lies in the suggestive reminder that it puts forth, that perhaps it’s time the transuniverse had their share of fairies as well!