‘Oraayiram Kinakkalal’ lives on material that has pretty much exhausted itself long back, and strikes you as a wasted opportunity more than anything else. The actors deserve better, and so does the audience, since these are dreams and plans gone awry in unimaginably slapdash ways. 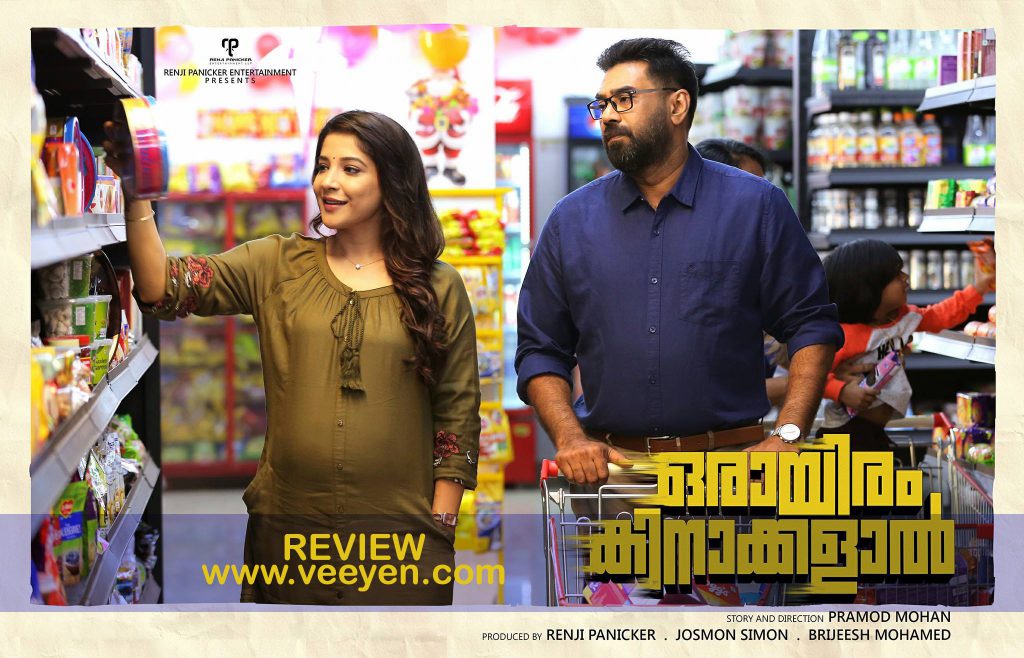 A well dressed man walks into a coffee shop and sits there the whole day sipping coffee, and working on his laptop, which makes the shop owner curious. Approaching the man, the latter cautiously asks him if he was one of those script writers. The man nods in agreement, and the shop owner who is tremendously excited implores him to narrate the story in a nut shell. The narration over, the listener shrugs and admits that it all sounds familiar, and unless and until there is a stupefying twist waiting for the viewer around the corner, things could get difficult.

This scene pretty much sums up what Pramod Mohan’s ‘Oraayiram Kinakkalal’ is all about, and you wait and wait for the afore mentioned twist that never appears. In the meanwhile, the film makers dish up a contrived tale that has men and women in dire need of money doing the implausible to raise some quick cash. 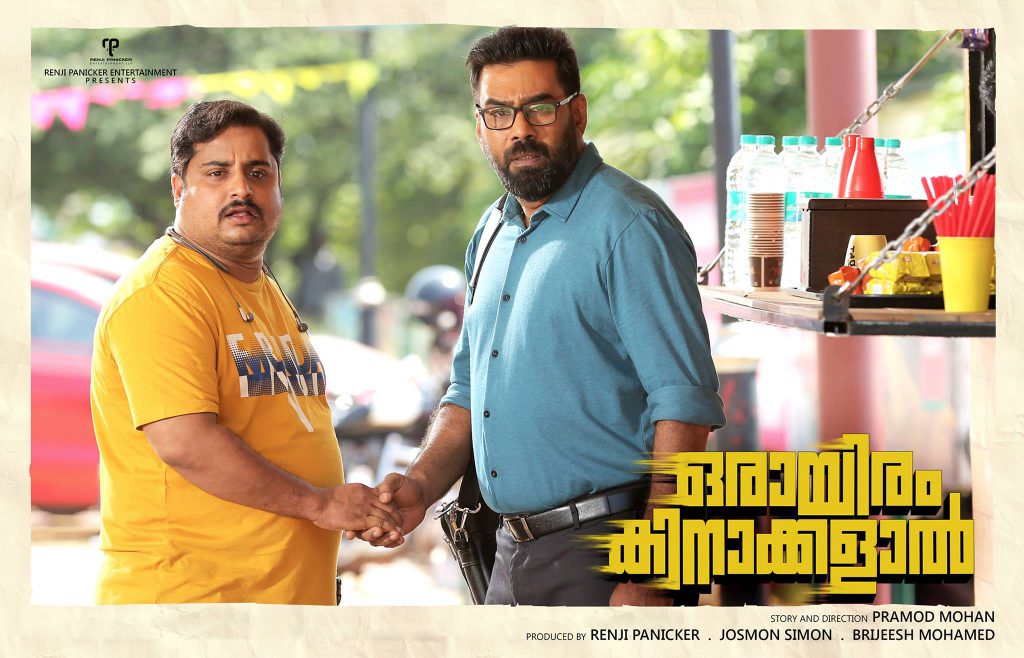 Sriram (Biju Menon) has returned back to Kerala from a business sojourn at the UK that had lasted a few years, and has ever since messed up the little bit of savings that he had had. He maintains a respectable lifestyle in all possible ways and keeps his pregnant wife (Sakshi Agarwal) in the dark, as to how broke they really are.

When Sriram is summoned before the money lender Lalaji (Saikumar) and subtly threatened of dire consequences if he doesn’t pay up on time, he runs into Jaison (Roshan Mathew), a youngster who works at a local mobile shop, who has a few debts to pay off himself. When Jaison and his friend Sherin (Sharu Varghese) come up with a money minting plan, they invite Sriram to join them, who reluctantly agrees. 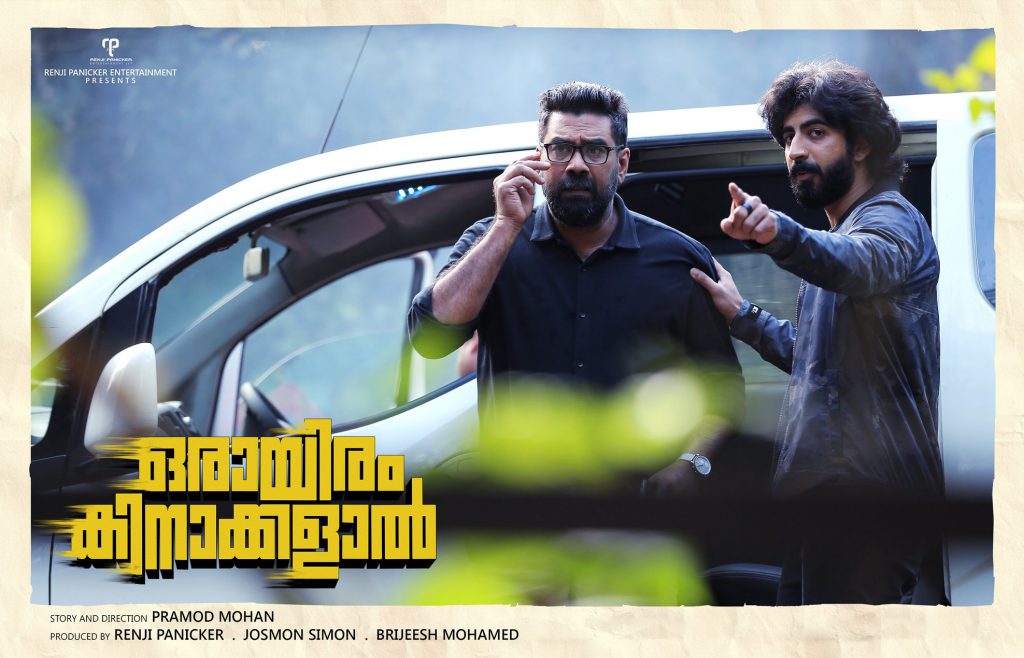 This struggle – the never ending kind to lay ones hands on some hot stash – has been on forever, and the master plan that Jaison and Sherin come up with, is as old as the genre itself. Everything that follows – the murders, the mix-ups and the mayhem – rigorously sticks to a proverbial pattern, and even the few surprises that arrive, could be deduced miles afar.

This disappointing familiarity is what pulls back ‘Oraayiram Kinakkalal’ from being the kind of electrifying film that it strives to be, and while it falls pretty much low on the laughter factor despite a roly-poly card driver Venu (Nirmal Palazhi) trying his very best, it also scores infinitesimally low on the kick moments that are hardly there.

This film belongs to the delightful actor Roshan Mathew, who very easily surpasses everyone else with an admirable performance. There are at least a few underwritten scenes that simply light up solely because of this actor, and it is astonishing how credible this young man could make a hollow role appear.   Biju Menon is more of an embellishment in the film, and looks dapper, while there are also staunch performances from Shajon and Sharu Varghese. Sakshi Agarwal looks clueless and thankfully appears in only just about a few scenes.

‘Oraayiram Kinakkalal’ lives on material that has pretty much exhausted itself long back, and strikes you as a wasted opportunity more than anything else. The actors deserve better, and so does the audience, since these are dreams and plans gone awry in unimaginably slapdash ways.