‘Sherni’ easily has to be one of the most hard-hitting Bollywood films that I have seen in recent times, and here is why. For one, its one of those films that affects you on multiple levels, and yet leaves no trace of an effort to do so behind; the pertinent notes that it passes across are discreetly subtle and the strategies adopted quite refined. 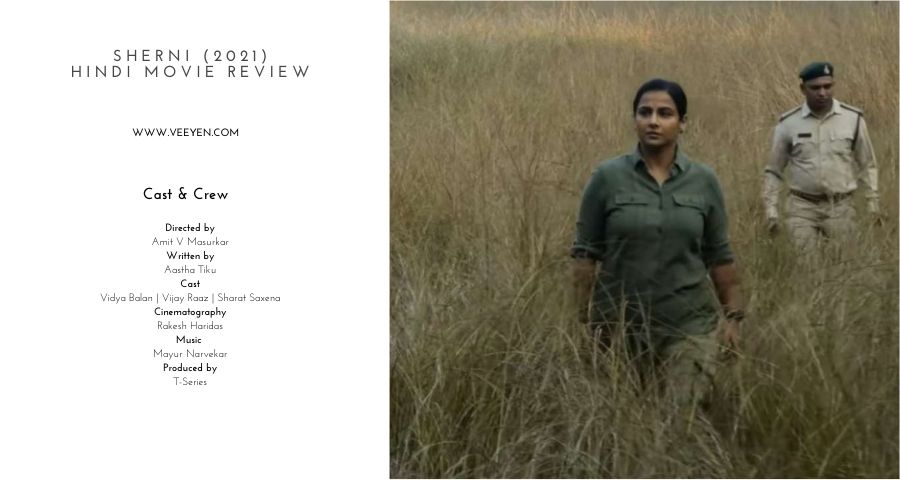 In the climactic shot of Amit V Masurkar’s ‘Sherni’, Vidya Vincent (Vidya Balan), an Indian Forest Officer is seen walking around with her subordinates in a zoological museum, where she has been posted, assessing the surroundings. A bunch of taxidermied animals seem to stare at her from behind the glass panes, and she pauses, albeit for a brief moment before the silent snarl of a giant cat in a cage.

‘Sherni’ easily has to be one of the most hard-hitting Bollywood films that I have seen in recent times, and here is why. For one, its one of those films that affects you on multiple levels, and yet leaves no trace of an effort to do so behind; the pertinent notes that it passes across are discreetly subtle and the strategies adopted quite refined. 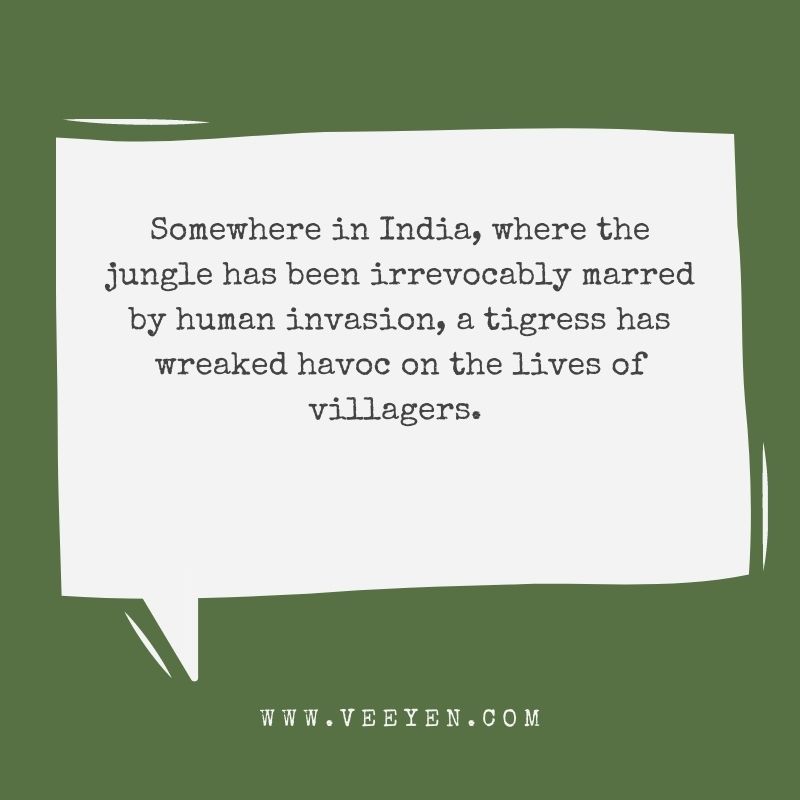 Somewhere in India, where the jungle has been irrevocably marred by human invasion, a tigress has wreaked havoc on the lives of villagers. As the film opens, Vidya, the DFO is seen driven to desperation, as nothing seems to work around her – neither the rattling bureaucracy that she herself is a part of nor the rising resentment against the officials, fuelled by politicians battling it out on the eve of elections.

With camera traps set all over the place, the tigress is soon identified as T12, and they discover that there is a reason behind her fury that has cost the villagers a few lives. T12 has apparently given birth and is nursing two cubs, and is on her way to the jungle patch that lies across – only that she has to cross miles of hostile human territory that had once been jungle.

The issues of human encroachment into forest terrain and wildlife conversation are crisply laid out as the villagers talk of their grazing lands having been converted into teak plantation sites and a conservationist professor Hassan Noorani (Vijay Raaz) laments of how swanky highways have found their swirling paths across jungle stretches. 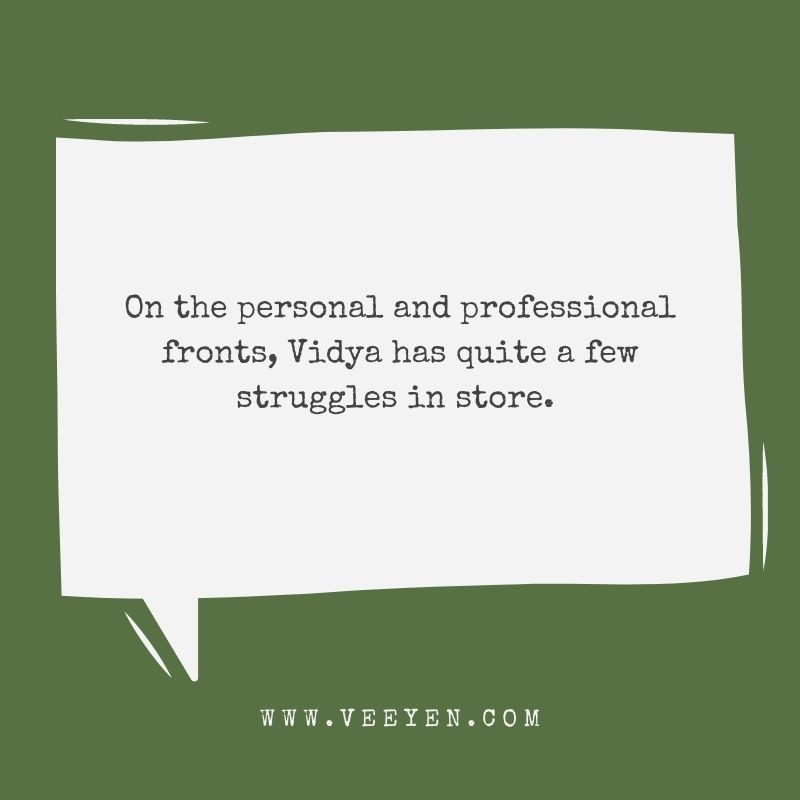 On the personal and professional fronts, Vidya has quite a few struggles in store. Unremitting disappointments drive her to the point of resignation when her husband Pawan (Mukul Chadda) reminds her of the fortune of having a government job during times of recession. Her mother in law (Ila Arun) appalled by her bare neck chides her to wear some jewellery while out on a dinner, while her own mother (Suma Mukundan) coerces her to reconsider her decision of not bearing children.

There are also the numerous attempts to drain her off her resolve, through the incessant reminders that she is a woman, and that too at the wrong place at the wrong time. In stark contrast arrives the hunter Pintu Bhai (Sarath Saxena), whose confrontational stature adds to his advantage of being a man and whose aggression and mettle appear far more antagonistic than the bullets fired from his rifle. 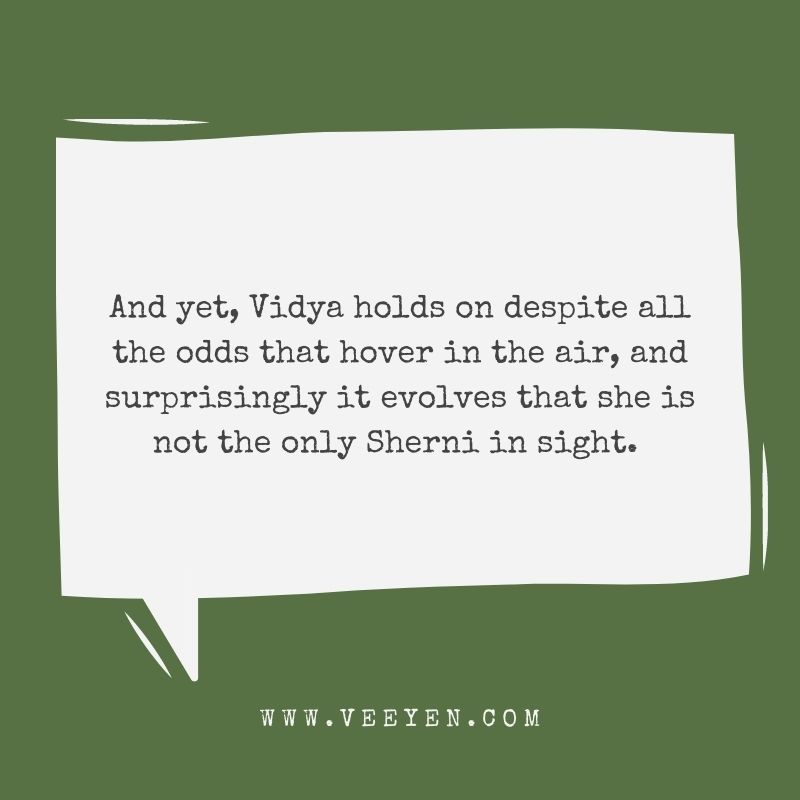 And yet, Vidya holds on despite all the odds that hover in the air, and surprisingly it evolves that she is not the only Sherni in sight. There is Jyothi (Sampa Mandal), the determined villager who volunteers to help, the mother and the mother-in-law duo whose sparkling laughter reverberates from across the walls and the woman forest guard who jokingly remarks that she has started seeing pugmarks even in her dreams.

‘Sherni’ is all about Vidya Balan, and her bittersweet rendition of the forest officer is one that should stand out in her illustrious filmography. The film also has some outstanding cinematography by Rakesh Haridas and a brilliant background score (Naren Chandavarkar & Benedict Taylor) that almost wordlessly gels in just as the gentle rustle of the wind across. Dissipating doom and gloom with none of the deafening clamour frequently associated with it, ‘Sherni’ gets its act right, and remarkably so.