There is a final tornado that Sruthy’s mom rakes up at a police station in ‘Uncle’ that makes you wish the rest of the film had half the vigour that this closing scene has. The social undercurrents are laid bare, the message is served, the speeches are done and the obligatory slap delivered. Inflated to the point of having swelled beyond recognition, ‘Uncle’ could have been the riveting film that it had aspired to be, in less than half its current screen time.

It’s a minuscule idea that writer Joy Mathew builds on for Girish Damodar’s film ‘Uncle’; one that would ideally have made a gleaming tiny short film. Damodar’s film, on the contrary, runs for an inordinate,  near to two and a half hours, the first couple of which are sumptuously spent on crafting an elaborate backdrop for what is to follow, which is very little.

Sruthi (Karthika Muraleedharan), on a strike day in Tamil Nadu, is offered a ride back home to Calicut, by Krishnakumar aka KK (Mammootty), her dad’s best friend. She hops into his car without much of a thought, much to the chagrin of her dad Vijayan (Joy Mathew), who has known KK from close quarters and has a fairly good idea as to what an infamous womaniser, the man is and could be.

It’s a long, unwinding ride indeed, and the narrative keeps shifting between casual, mostly hollow conversations between the man and the girl in the car, and the emotional strain that literally drains the senses out of Vijayan, as he sits in wait. Oblivious of KK’s true self, Sruthi’s mother (Muthumani) gets busy setting the dinner plates.

Joy Mathew plays the safe cards this time around, which is blatantly obvious in his characterization – that brings in a namesake representative from all possible sects of the society around. There is an elderly woman (KPAC Lalitha) who is waiting for her daughter in law to deliver a baby and the lady next door who seems a bit too eager to cook some chicken, who complete the cautiously painted social portrait.

‘Uncle’ tries hard to leave you distrustful and apprehensive of KK’s intent, but for the discerning viewer, it’s all clear as a sunny day. KK glances at the girl through the corner of his eyes, bends over to buckle up her seat belts and murmurs in a seductive voice that her complexion is that of wild straw berries. Yet, the sort of man that uncle truly is, slips right through the actor’s fingers, leaving the character as obvious as he can possibly be.

The final fifteen minutes of the film is where it decides to buckle up and it does so, by going for a theme that has been brilliantly explored in many a short film. The perpetrators of the crime do not belong to any faction, insists the film, and instead they are all one and the same. The camera turns towards a few specific caricatures in the crowd, all made up with explicit pointers, and thereby ensures that none is spared and that nobody is hurt. 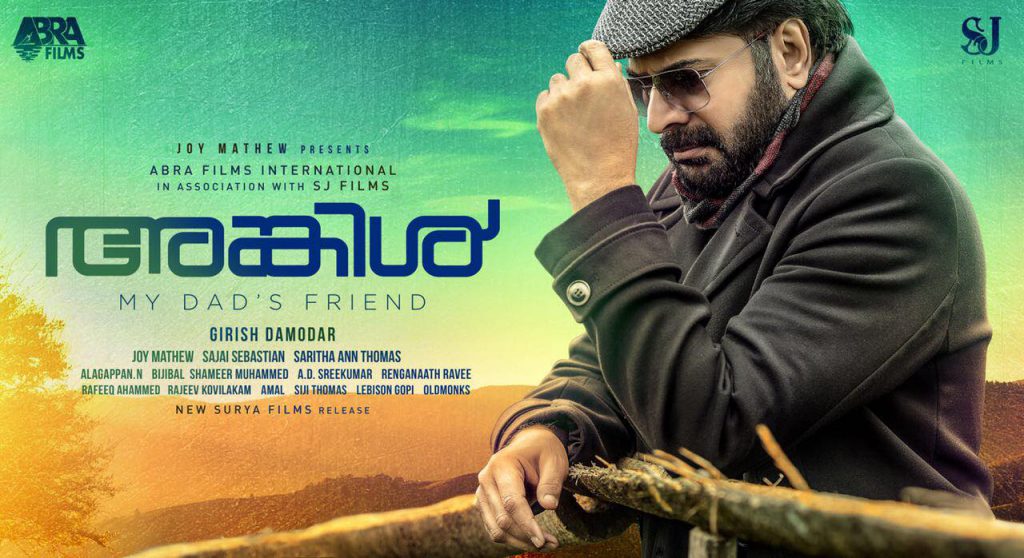 Damodar’s film is no ‘American Beauty’, and there is no Kevin Spacey in sight. Not that you want Mammootty to be Spacey either. Perhaps the actor hasn’t looked this debonair in any other film in recent times, and looks stunningly handsome, sporting a beard and a hairdo with liberal streaks of grey hair. Yet there is an awkwardness that surrounds his entire performance and a visible discomfiture in his feat that leaves you dumbfounded. It’s almost as if the ages of good will that he has painstakingly built up – on and off screen – stands tall between him and his portrayal of a mysterious man who could possibly be a monster, rendering it detached, and in many ways, even an anxious one. 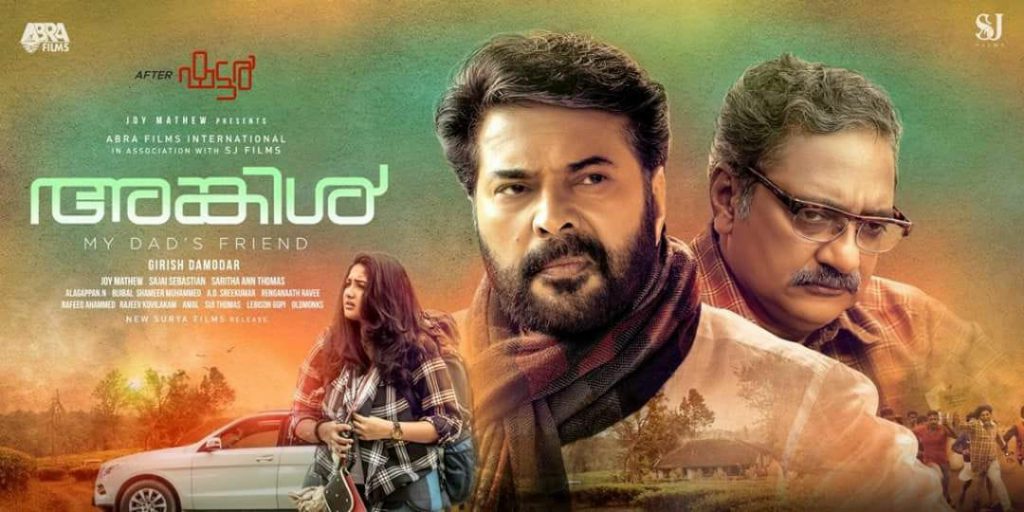 On the contrary, Karthika Muraleedharan gets all snug playing the vivacious teenager. She does look like she could have sought some serious assistance from a costume designer though, and is extremely limited by her stiff attire. Joy Mathew is his usual self while Muthumani, with a restrained, yet resourceful performance, emerges the scene stealer in the film.

There is a final tornado that Sruthy’s mom rakes up at a police station that makes you wish the rest of the film had half the vigour that this closing scene has. The social undercurrents are laid bare, the message is served, the speeches are done and the obligatory slap delivered. Inflated to the point of having swelled beyond recognition, ‘Uncle’ could have been the riveting film that it had aspired to be, in less than half its current screen time.