There are a few masterly strokes of the film maker that are on display in ‘Varnyathil Aashanka’ that point at how compelling a film it could actually have been. It’s a figure of speech that gets its act only partly right, and its hesitance to fully embrace its goofiness, renders it a much lesser movie than one anticipates it to be. 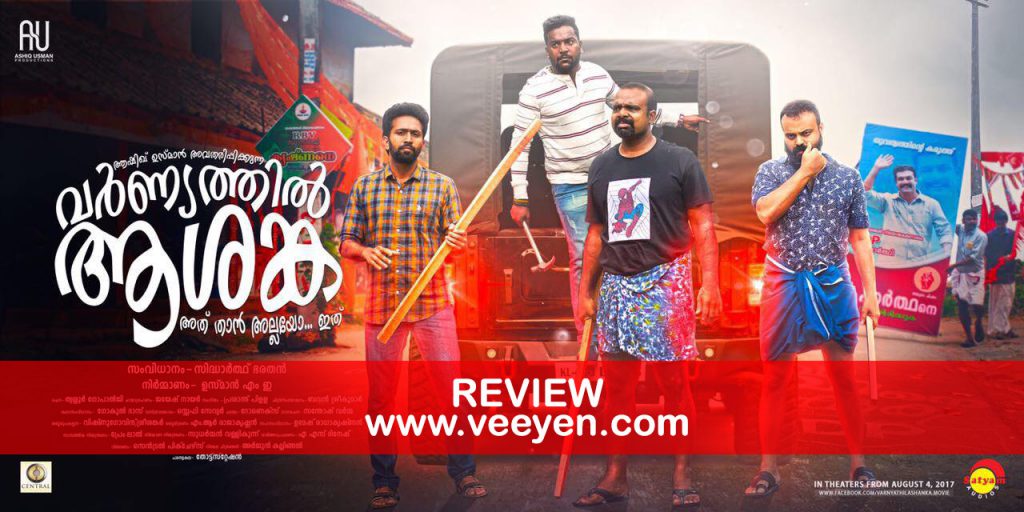 There are a few masterly strokes of the film maker that are on display in ‘Varnyathil Aashanka’ that point at how compelling a film it could actually have been. It’s a figure of speech that gets its act only partly right, and its hesitance to fully embrace its goofiness, renders it a much lesser movie than one anticipates it to be.

‘Varnyathil Aashanka’  has four men – Sivan, Wilson, Gilbert and Pratheesh (Kunchacko Boban, Chemban Vinod, Manikandan and Shine Tom Chacko in that order) on the lookout for making some quick money, and who hatch a plan to rob a local jewellery.  Dayanandan, a dead drunk man (Suraj Venjarammoodu) walks in out of the blue and they are left with no choice but to drag him into the heist as well. 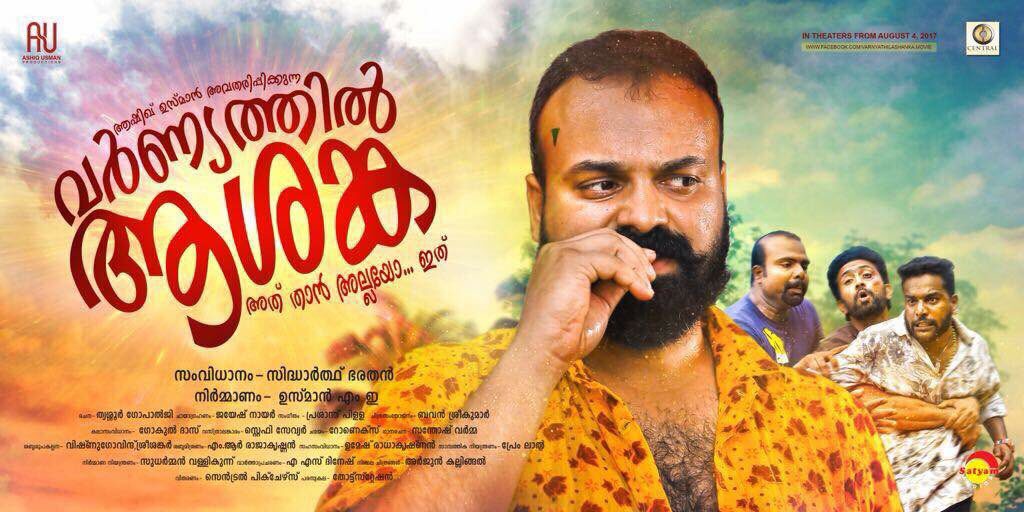 Now this sounds like a winner all the way, but what is unwieldy is that ‘Varnyathil Aashanka’  has a long, initial hour that  leads towards this bit of excitement. It takes an unbelievably long time to actually reach there, and at least a few of us might have started having grave concerns as to what the ultimate intention of the film could be.

So this initial hour is spent setting up the five chief characters and their common, dire need for money is established without any further doubt. ‘Varnyathil Aashanka’ does so by placing four of them together in extensive booze sessions and the film starts coming across as an almost purposeless piece that is devoid of any significant stakes.

Along comes Dayanandan, and he takes the film along with him on an upward swing, quickly turning the tables around. Shaking off all the trivial blabber that had piled up by then, the film starts anew, as Dayanandan takes over, even as the other four gradually retreat to the rear stage.  Some genuine fun ensues, albeit for a short while.

Good things apparently don’t last long and half an hour later, ‘Varnyathil Aashanka’ yet again shows signs of falling back to the rut where it had primarily been stuck in. Dayanandan takes the stage by storm, grabs the mic and rambles on as if there were no tomorrow. The scene pulls on, and sarcasm, or whatever the intent was, is lost on the viewers.

The very obvious satirical elements are meted out  an unjust deal as well, as the film only fleetingly dwells on them. The dialogues are surprisingly low-key to the point of sounding middling, which lends a glib feeling to the proceedings. 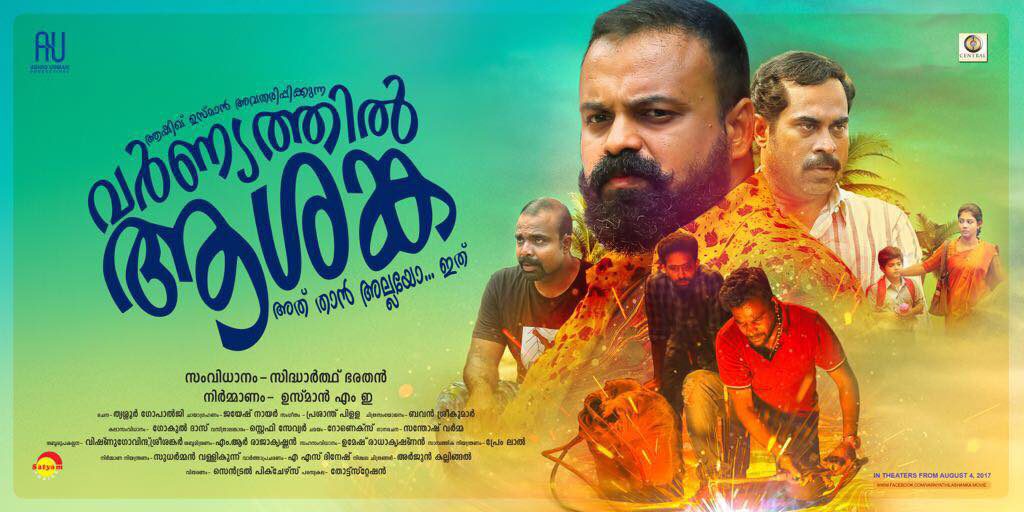 It goes without saying that Suraj Venjarammoodu has the best role in the film, and yet it’s Kunchacko Boban in an uncharacteristically untamed avatar, where he totally sets the actor in himself free, who wows. Suraj is no less impressive, and with the writing backing him all along does a neat job as Dayanandan. It’s refreshing to see Manikandan back, while Vinod Jose and Shine Tom Chacko make their presence felt.

‘Varnyathil Aashanka’ is thus a film that starts pretty low, climbs up for a while and then comes booming down again. If only the comic bite that it intermittently puts on show had been consistent enough, could it have stopped its darts from flying all over the place.