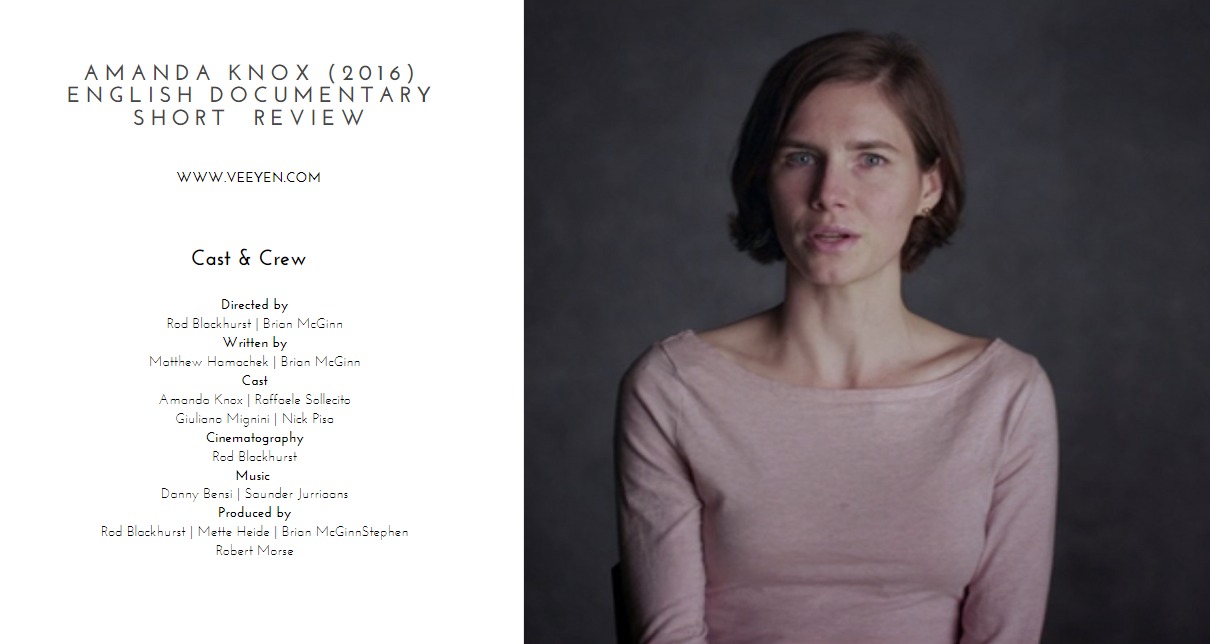 Perugia, the quaint little Italian town, forms the setting as much for the film (directed by  Rod Blackhurst and Brian McGinn) as it is for the ‘nightmare’ that Amanda Knox, in her own words endured in Italy, being a barely twenty year old young woman, who was convicted and later acquitted on charges of having allegedly murdered her roommate Meredith Ketcher.

The film is a reaffirmation of Knox’s innocence and opens with the woman herself stating that there are people who believe she is guilty and other who believe she is innocent. It then goes on to draw reflections on the case that had drawn much international media attention from the ones who had been directly involved in it, including Raffaele Sollecito, Amanda’s ex-boyfriend, Giuliano Mignini, the Italian prosecutor and Nick Pisa, former Daily Mail reporter.

All of them strike you as speaking from the bottom of their hearts, except a few seemingly melodramatic lines as mouthed by Amanda herself, but Pisa’s forthrightness in having done what he needs to have done is what catches your attention for the right or wrong reasons. And as Amanda concludes, ‘people like to see monsters’ and thereby reiterate that they are not one among them. Oh yeah, they sure do.