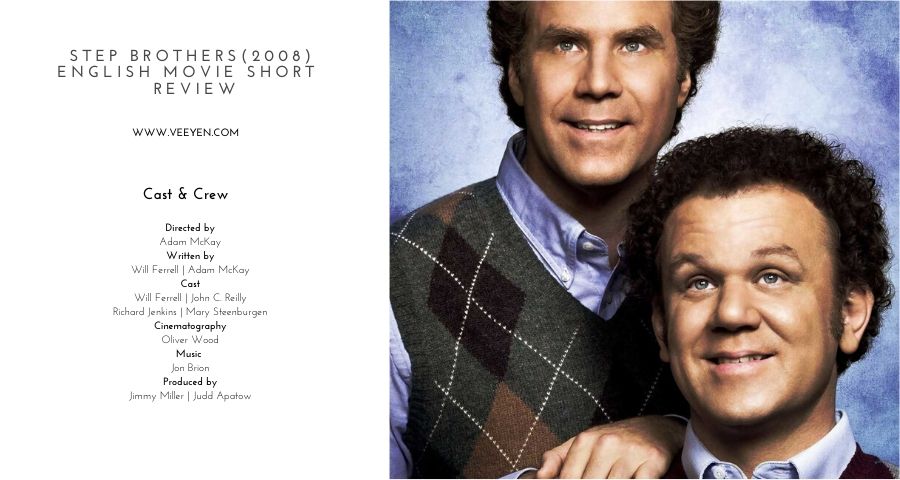 Happened to see this film on several Netflix  lists for comedy lovers, and finally decided to give it a go. This Adam McKay directed flick that stars Will Ferrell and John C. Reilly as two oddball step brothers who are thrown together to live under a roof has some odd bits of laughter here and there, but hardly engage otherwise.

This story concerns itself with Brennan Huff and Dale Doback, two thirty plus men who qualify decently well for two adults who have refused to mature, and who are forced to share a house just because their parents decide to get married. Things aren’t easy for either of them as they find themselves bumping into each other a lot more than either of them would like to.

‘Step Brothers’ does strike you as the rib tickling comedy that you have been rooting for, and instead makes do with mostly juvenile stuff that could at best, amuse you, and hardly anything else. This was mostly a disappointment for me, and there is a sloppiness to the whole affair with none of the expected laughs being delivered.