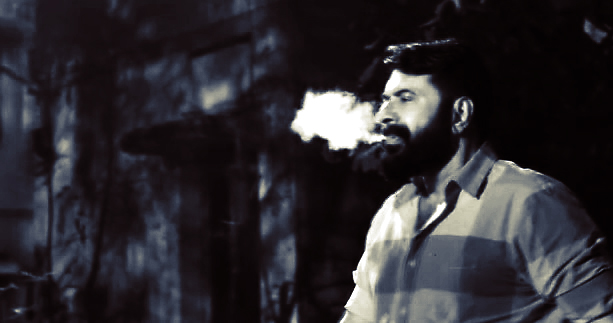 Phew! That small teaser trailer of ‘The Great Father’ that was released along side Prithviraj’s ‘Ezra’ today has created ripples in the cyber world already. Directed by Haneef Adeni, ‘The Great Father’ was to be a Christmas 2016 release and would soon make it to the theatres.

The teaser has a police officer stating that Mr.David does not look like a smoker. Almost immediately, David himself walks out of a building in a heavy swagger, daintily blowing out smoke circles, even as an apartment behind him goes up in flames. Style redefined, would best describe the teaser in two words.

‘The Great Father’ also has Sneha, Arya and Anikha in key roles. Roby Varghese Raj has wielded the camera, while the musical score is by Gopi Sunder. The film has been produced by Prithviraj, Santhosh Sivan, Shaji Nadesan and Arya under the banner of August Cinema.