While there has been no dearth to films set on an engineering campus of late, ‘B.Tech’ thankfully doesn’t stick to the common campus caper norms. After an easy, non-eventful former half, the film pulls out a present-day social issue out of its backpack and does a pretty okay job at brandishing it without much of a fuss.

While there has been no dearth to films set on an engineering campus of late, ‘B.Tech’ thankfully doesn’t stick to the common campus caper norms. After an easy, non-eventful former half, the film pulls out a present-day social issue out of its backpack and does a pretty okay job at brandishing it without much of a fuss.

Mridul Nair’s ‘B.Tech’ follows a bunch of youngsters pursuing a career in engineering in a college in Bangalore, where a fresher by the name of Azad (Arjun Asokan) makes an appearance. A demure looking boy with a charming spirit, Azad is quick to win over hearts and very soon emerges the darling of the senior gang.

The seniors led by Anand (Asif Ali) have been around for quite a while, and is a merry making bunch that comprises of loyal luck pursuers at the exams (Sreenath Bhasi and Deepak Parambol) and ones (Saiju Kurup) who have even after completion of the course, stuck around the college premises, on the lookout for a job that never seems to come by.

The initial first hour of the film that has a running time of two hours and twenty six minutes is spent on what most campus films indulge in – mindless gang wars, messed up stage performances, tricky love affairs and what not. There is even the irksome lecturer (Aju Varghese) roaming around, ensuring that the life at campus, despite all the silver linings in the cloud, isn’t all bliss and glee.

It isn’t the first time that an issue as the one that the film deals with in the latter half is explored. But by then, Azad has made his appearance and has settled down comfily beside you, his arm thrown around your shoulder. With a toothy grin that he flashes every now and then, and the few words that he softly utters, the boy is one whom you want to reach a hand out to; the one whom you want to have a good, happy life ahead.

There is however the casualness with which the film deals with the means that the youngsters adopt to make some quick money that is appalling. They take to forging documents, issuing fake certificates and all possible identification cards, and no one -not even the older ones – feels anything odd about it. It’s as if, it’s all the order of the day, and this is how things have come to. It takes the flustered lawyer-dad (Anoop Menon) at the end of it all, to drive some sense into these old-enough, yet gullible heads. 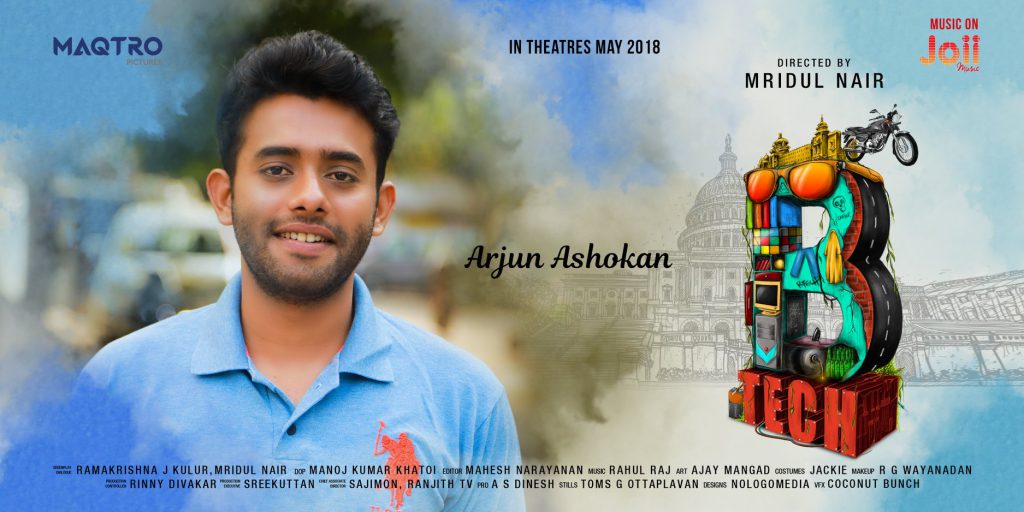 Granted that most of ‘BTech’ is a painless watch, but the ‘Above Average’ rating of the film is chiefly due to the earthy, heart-warming performance that Arjun Asokan comes up with. The character has been penned with great caution, ensuring that loads of sympathies flow his way, but Arjun’s performance is one that easily outshines the writing even, and as Azad he is perfect, and one of the chief reasons to give ‘B.Tech’ a try.

There aren’t two ways about the fact that ‘B.Tech’ is miles ahead of the usual, tedious comic enterprises set on campus that have often put the limits of our patience to test. It is far from a perfect piece, but an honest effort that without doubt has its share of memorable moments.